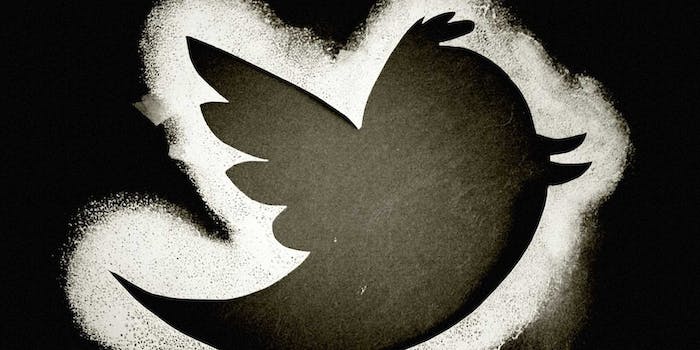 Twitter usually takes the extra step to make users more secure. So why is it leaving the gate unlocked when it comes to direct messages?

Twitter has a reputation for taking a bullish position toward governmental data collection. After the NSA revelations, Twitter joined companies like Microsoft and Facebook lobbying for increased transparency. The microblogging service also took a proactive approach to keeping user data safe from unwarranted surveillance: Last fall, Twitter made plans to encrypt the direct messages of its users. This project was a response to the NSA and considered evidence of Twitter’s continued commitment to protecting users.

But Twitter shuttered this project recently with little explanation, sources told the Verge’s Adrianne Jeffries. The Daily Dot asked Twitter to verify that the project has ended and have yet to hear a response, but sources characterized the project as finished.

So why did Twitter abandon the program, when the company has shored up efforts to keep users protected from surveillance on other fronts?

Jeffries hypothesizes that dropping the DM encryption program has more to do with the company being busy with other efforts as opposed to a shift in Twitter’s ideological position, but this abandonment may also point to something else: Twitter may be getting ready to drop direct messages as we know them altogether.

Twitter attempted to bulk up DMs last December, adding photo capability. This was a fairly transparent attempt to capitalize on the growing popularity of photo messaging apps like Snapchat, but it didn’t really work. Does anyone use Twitter to send photo messages to each other? Does anyone even frequently use DMs? Not with the frequency and dependency we use private messaging functions from other social networks, like Facebook.

The direct message set-up has been so buggy and generally crappy for so long (even when links were working, you could always count on your inbox containing at least one message from a user with a virus) that Twitter would have to give the feature a makeover to get people to use it.

The company may end up cutting its losses and abandoning the feature altogether. Or this could be a hint that they’re not bothering to make an encryption program for an outdated version of the feature, and major changes are coming.