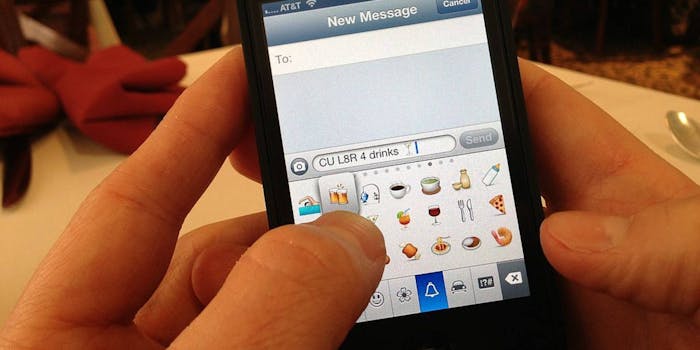 Twitter caused an Internet uproar when it replaced the star icon with a heart. Now the social platform appears to be testing other ways to allow users to react to tweets.

Twitter user @_Ninji, a development engineer for social MMO game Furcadia, first noted the ability to choose from a panel of emoji reactions on Monday. The options for reactions included 10 face emojis, the party popper emoji, and the 100 emoji.

I can't believe they're finally letting me 💯 tweets
(The best part is that it's not even a joke, I just found this…) pic.twitter.com/cyJ6Lmfhgx

In a series of subsequent tweets, @_Ninji said the previously unseen menu was accessed via a developer build of the Twitter app on a jailbroken iOS device. The user explained that using a tweak called Flex, they are able to force-enable features that are otherwise available only for specific users—a method @_Ninji previously used to access Polls before the feature rolled out completely.

(I have iOS Twitter patched to force-enable all the features that are only activated for specific users- I guess this is a recent addition?)

@_Ninji also explained the feature seemed “super incomplete” and only an interface at the moment—the emojis will revert back to the heart when assigned to a tweet.

The emoji reactions are currently a prototype for user testing as an attempt by Twitter to make engaging with tweets more expressive. It’s not the only social network to try this; earlier this year, Facebook rolled out a pilot test for a feature called Reactions. Essentially a more expressive version of the “Like” button, Reactions—like Twitter’s own test feature—offers users a variety of emoji that express feedback to a post. Facebook has been testing the feature in Ireland and Spain.