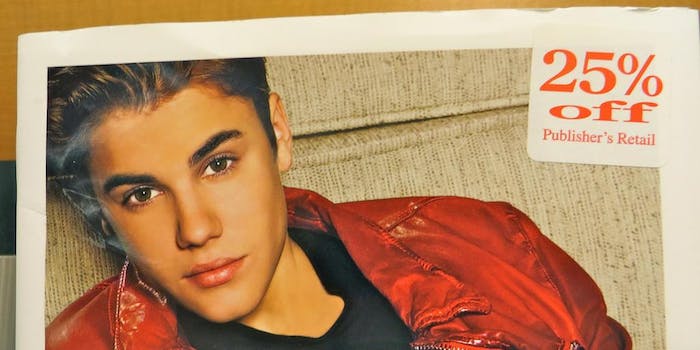 After a DM fail of epic proportion, Twitter users were dying to know what company the realtime social network had its sights on. The answer might have more to do with Justin Bieber than anyone could have suspected.

Yesterday, Twitter CFO Anthony Noto accidentally tweeted and then quickly deleted a message that was certainly intended as a direct message: “I still think we should buy them. He is on your schedule for Dec 15 or 16 — we will need to sell him. I have a plan.”

According to a new report from CNBC, Twitter is mulling the purchase of Justin Bieber’s selfie app, Shots, which claims to have a user base of more than 3 million selfie-takers.

Bieber doesn’t actively run the company, but led a round of funding worth more than $1 million. Shots co-creator John Shahidi serves as the company’s CEO.

Photo via Themeplus/Flickr (CC BY-2.0)