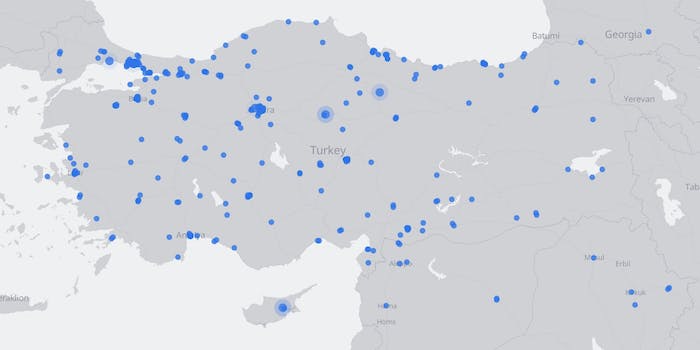 The revolution will be livestreamed.

Unnumbered Turkish citizens took to the streets in the early hours of Saturday morning as members the country’s military staged a coup d’état—and it all played out in real time on Facebook Live.

Hundreds of Turks launched Facebook Live video streams showing widespread demonstrations as the country teetered on the edge of chaos. Using Facebook’s mapping feature, users can flip through streams as easily as you would channel surf, allowing anyone to gain a first-person view of history as it happens. 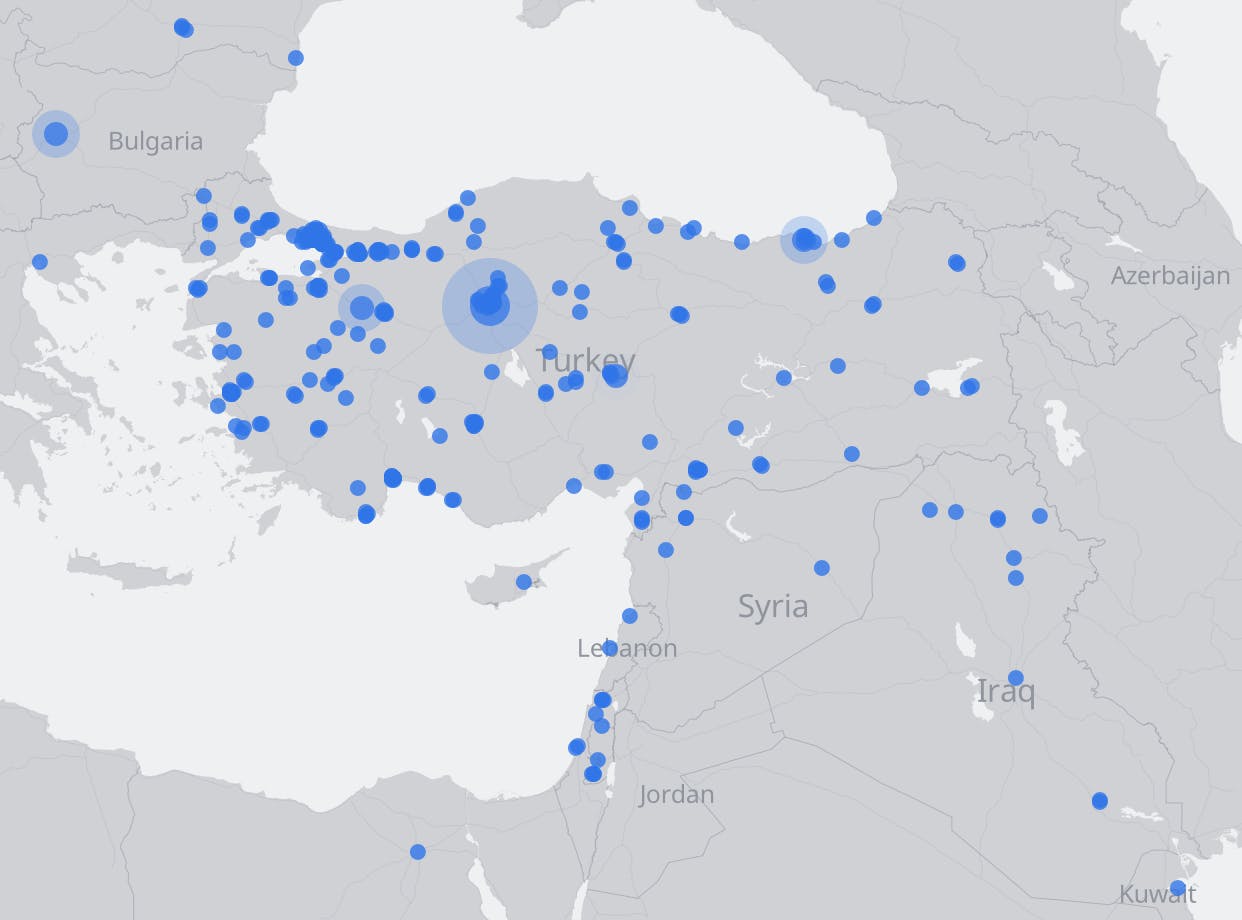 Turkey‘s government throttled access to Facebook, Twitter, and YouTube, effectively blocking easy access to the social media services, soon after members of the Turkish Armed Forces seized control of government buildings, the state-run television station, airports, bridges, and more, in an attempt to take over the country.

Turks are able to circumvent internet throttling and censorship through the use of privacy tools like Tor.

While far from the first service to offer easy livestreaming capabilities, Facebook Live has quickly taken the mantle as the most disruptive. In the U.S., the service saturated the national conversation earlier this month after it was used to livestream the aftermath of a police shooting and the massacre of five police officers in Dallas.

To find feeds from Turkey, click here and look for Turkey on the map. Each blue dot is a Facebook Live feed. Click the blue dots to choose which stream to watch.

Update 6:25pm CT, July 15; 2:25am, July 16, Ankara local time: A leader of the military coup has reportedly surrendered, according to Reuters. A military helicopter that reportedly shot countless police was also reportedly shot down.

Reuters: Military coup leader in #Turkey surrenders himself to the security forces..#TurkeyCoup pic.twitter.com/fRu2Gs8pC2

Commander who surrendered to police tells his unit to lay down arms and surrender pic.twitter.com/WZEa22yjdo

At 3:05am local time, the country’s state TV station was reportedly retaken.

Update: Erdoğan's plane has landed at Istanbul Ataturk Airport after being escorted by F16 fighter jetshttps://t.co/g9z6VVDGvc

But 40 minutes later, it appeared that CNN Turkey was taken off the air by soldiers.

CNN Turkey anchor says she's being taken off the air by soldiers entering the studio. Live. And it's off.

Soon after, though, CNN Turkey began to broadcast again.