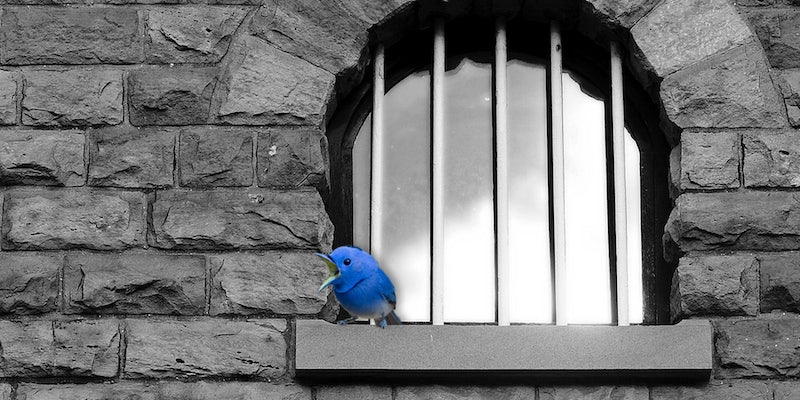 "I'm quite a big man. My fingers are quite big as well. Sometimes you can't properly hit all the letters."

A Turkish columnist has been sentenced to 10 months in prison for a tweet that subtly told off Prime Minister Recep Tayyip Erdo?an, either as a cheeky pun or, as he says, a typo resulting from his big fingers.

Önder Aytaç, a journalist and former police academy instructor, was sentenced to a delayed 10-month prison sentence Monday by the Ankara First Criminal Court of Peace.

Twitter has long been a thorn in the side of Erdo?an, who has previously established his enormous distaste for the social network. And Aytaç is just the latest in a long line of Turks who face courtroom trouble for their tweets.

The tweet that got Aytaç in trouble was published September 2012, and it’s still online. It was barely seen—just six retweets as of this writing.

It’s a link to a column he’d written, which blasts an educational program linked to Erdo?an. It’s an innocuous tweet, except there’s a hitch in that first sentence, “Kapat be dershaneleri Ustaaaaammmmk!”

Translated colloquially to English, it’s like Aytaç is saying “Close the prep schools, maaaaaaaate!” (The “mate” in question would be Erdo?an.) But that “K” doesn’t belong in that word. And “amk” can mean something like “fuck you.”

Aytaç said it was unequivocally a typo, a single superfluous letter from a year and a half ago.

“I’m quite a big man,” Aytaç told the Daily Dot. “My fingers are quite big as well. Sometimes you can’t properly hit all the letters.” He tweeted a followup Monday, which said that he would never actually insult Erdo?an.

Rights groups have condemned Aytaç’s sentence. “Irrespective of what [the tweet] says, nobody should be sent to prison for defamation/libel/insult,” Andrew Gardner, a Turkey researcher at Amnesty International, told the Daily Dot.

On April 21, Turkey began a massive trial against 29 people for the crime of allegedly tweeting protest details in 2013. A prominent Turkish pianist received a similar sentence to Aytaç for merely tweeting about his atheism. After two Twitter users began publishing documents damning to Erdo?an’s administration, the Turkish government blocked Twitter for most users for a few weeks, to middling success.

Aytaç said his next stop is the High Court, which will review whether his punishment was too severe for the crime.

Thanks to Ibrahim Vahab for translation help.

Photo by recursion_see_recursion/Flickr (CC BY 2.0) | Remix by Fernando Alfonso III.