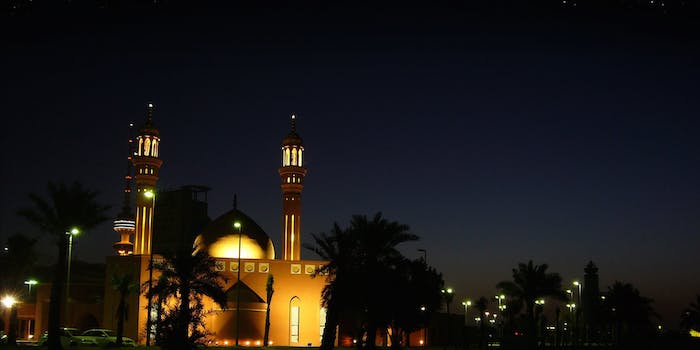 'What comes next will be worse,' the bomber warned.

The terrorist behind Friday’s attack on a Tunisian mosque posted a threatening voice recording on social media prior to the bombing in which he warned that “what comes next will be worse and more bitter.”

Authorities said that the bomber, whom they identified as Fahad Suleiman Abdulmohsen al-Gabbaa, flew through Bahrain before arriving in Tunisia on Friday. al-Gabbaa, who claimed allegiance to ISIS, took his own life and those of 27 worshipers at the Al-Sadiq mosque. It was one of the worst terrorist attacks in Bahrain in recent years, officials said.

“Soon you will receive bad tidings,” al-Gabbaa’s recording said. “You will see blood and death… We are watching you.”

Kuwaiti officials have arrested the man who drove al-Gabbaa to the mosque, according to the state-run Kuwait News Agency. The driver’s landlord was also arrested. He is accused of bearing “fundamentalist and deviant ideology.”

The attack on the Tunisian mosque was one of three extremist incidents allegedly affiliated with ISIS, which calls itself the Islamic State, on Friday. Another Tunisian gunman massacred 38 people, though authorities say that he might only have been inspired, and not directed, by ISIS.

Thousands of Kuwaitis attended a funeral for the 27 worshipers killed at the Al-Sadiq mosque.

“The huge turnout of mourners shows today, this society rejects all divisions and sectarian rifts,” said Marzouq Al-Ghanim, the speaker of the Kuwaiti National Parliament. “The objective of the criminal terrorist act failed miserably since it sought to sow the seeds of division and sectarian strife.”