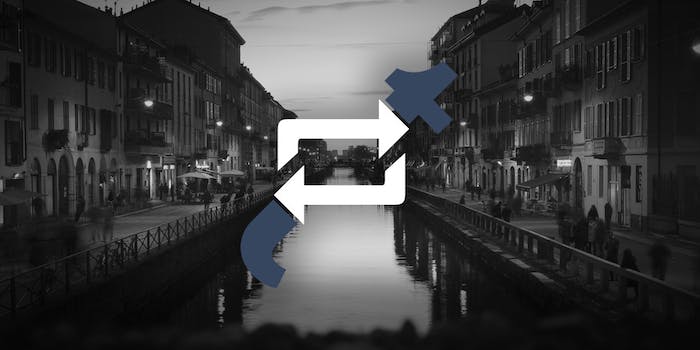 Tumblr users are not happy about the site’s new redesign

Reblogs will no longer create 'indecipherable' chains, but is that a good thing?

Tumblr is rolling out a major redesign to the way posts are reblogged on the site, and users are not happy about it.

Previously reblogs caused people’s commentary to indent, causing long text chains that bowed out, sometimes into the blue framing space along the Dashboard. —When chains get long, that indention can make the post length stretch on and on. Tumblr called the old style “a crazy-long, indecipherable reblog chain” in their Support post on the transformation, and showed how the old chains compare to the new style, which keeps everything in a straight line and incorporates user icons instead of just user names. 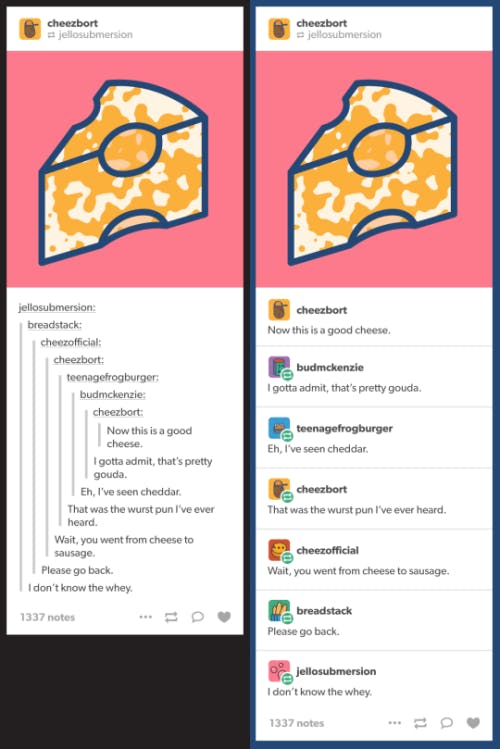 However unflattering the old design may be, Tumblr users have adapted to it and used it in their blogging over the years. The update, according to Tumblr, will work retroactively to all posts on the dashboard, but will leave posts on individual blog posts in their original form, “for now.” The update also removed the ability to delete one part of a thread and leave the rest intact. Users must eliminate all of the captions, or leave them all.

Tumblr users have been posting their reactions to the update on the site, overwhelmingly unfavorably.

In particular, users who use Tumblr for Role Playing have complained about the redesign making their storytelling more difficult on the platform, and even claiming Tumblr was trying to drive out their community with redesigns.

User kingdomheartsnytophiliac pointed out that Tumblr’s design even adds unnecessary length to posts by including redundant user icons next to names.

Even the user they linked to in their Support post who had called out for Tumblr to “fix this shit” had deleted their original post and complained about Tumblr’s actions publicly.

On July 30 Tumblr updated the reblog function to allow only reblogging of all captions intact or all captions removed.

“This all brings added integrity to the reblog process and ensures that your comment remains as-typed in the reblog chain, forever and ever amen,” Tumblr wrote in their Support post. “Nobody should be able to put words in your mouth! You can think for yourself. And I mean, you have plenty of words in there already. PLENTY.”

They said this laid the groundwork for the newest design, which reinforces the fact that users can no longer edit other users’ text. In the past that allowed users to fake chains that appear liked President Obama’s Tumblr had said things it had not, for example.

“That level of flexibility allowed you guys do some pretty interesting stuff,” Tumblr wrote on the Support blog. “but it also made misattribution way too easy.”

Tumblr will roll out the new design Sept. 2, when all users will begin to experience it, not just ones who’ve seen the Support post.