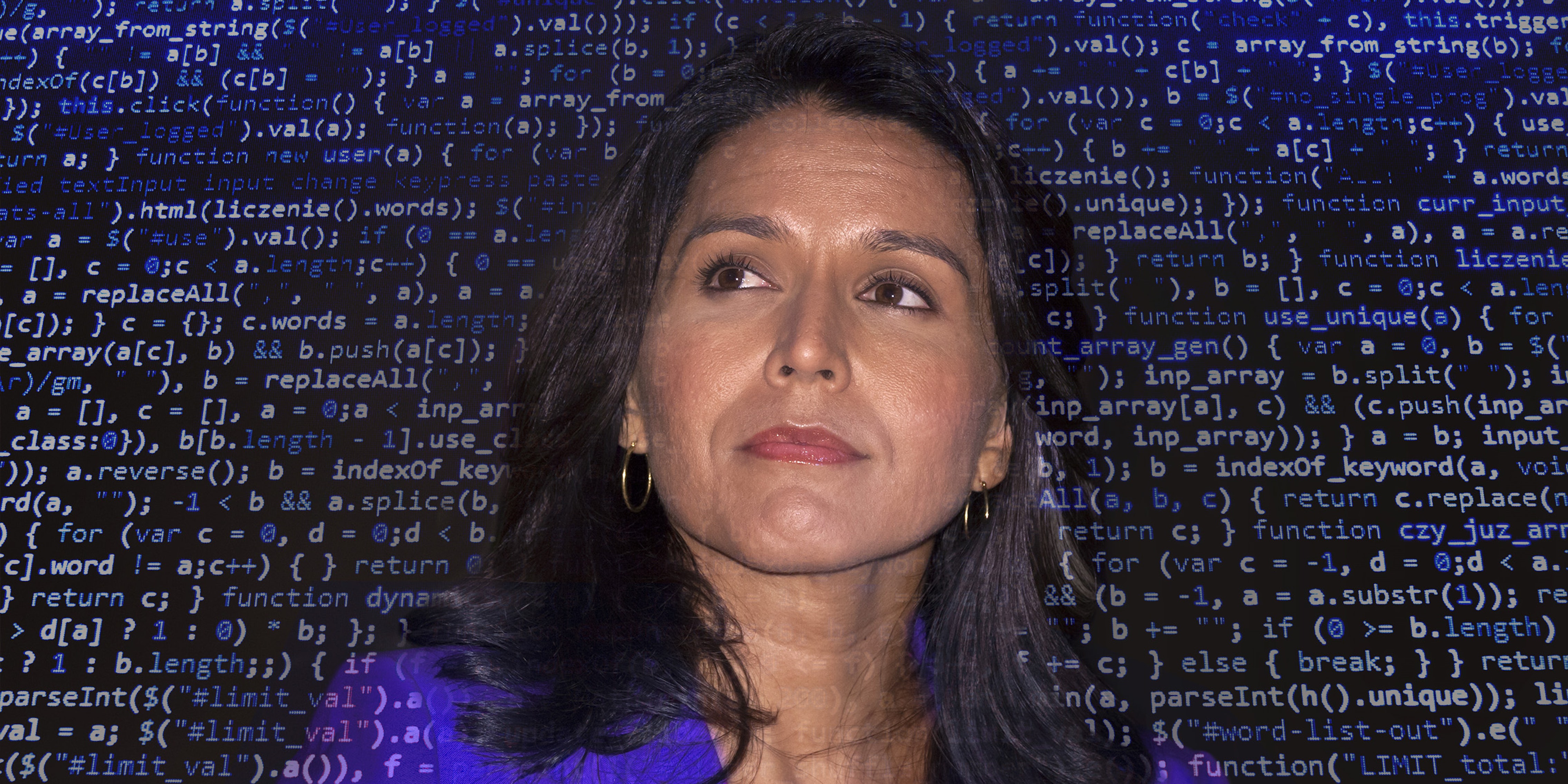 Get ready for a new type of election controversy.

NBC News published a story late Friday claiming the Russian propaganda machine had started its 2020 campaign by publishing support for Rep. Tulsi Gabbard (D-Hawaii), who declared last month she would seek the presidency.

According to NBC, Gabbard is already a “favorite” of Moscow, with Russian state-owned news sites publishing stories like “Heroic Tulsi Gabbard Will Run on Her Sensible Foreign Policy. Expect Democrats, Faux Progressives to Squeal.”

Since Gabbard announced her intention to run on Jan. 11, there have been at least 20 Gabbard stories on three major Moscow-based English-language websites affiliated with or supportive of the Russian government: RT, the Russian-owned TV outlet; Sputnik News, a radio outlet; and Russia Insider, a blog that experts say closely follows the Kremlin line.

Yesterday, Gabbard pushed back against that story, by tweeting a report from the Intercept’s Glenn Greenwald. In Greenwald’s piece, he noted that the firm NBC used as its source for the story, New Knowledge, was accused of pushing propaganda for Democrats in the Alabama special election in 2017 by the New York Times.

When the Times reported on New Knowledge, the organization originally claimed it was just testing to see if those types of tactics could be recreated. However, the group called it a false flag operation that “planted the idea that the Moore campaign was amplified on social media by a Russian botnet,” the report says.

Gabbard latched onto the idea that by using New Knowledge as its source, the NBC article was false.

Gabbard is an interesting case, because she does have some foreign policy objectives that align with Russia, so it would make sense that a candidate who is known as an Assad apologist is seeing favorable tweets and headlines from some sort of Russian apparatus.

But even her denial of being a Russian asset was somehow confusing because people believe Greenwald—given his work with Edward Snowden—is a Kremlin propagandist himself.

So the story goes: Russian propagandists may or may not have launched a campaign to support Gabbard, who may or may not be a Kremlin asset, but you can’t believe that claim because it was made by an American company who lied about shady Russian tactics … but you can’t believe that assessment, because it’s been pushed by a journalist compromised by Russia.

Of course not. But the important thing is that all these arguments are irrelevant. If the simple understanding is that the Russian government, which worked to elect Trump in 2016, would like him to win in 2020, Russia will likely seize on any candidate that can help put a wrench in the primary process. If promoting Gabbard throws Dems in a tizzy, it’ll be great.

If Gabbard somehow wins the primary, it’s unlikely she’ll have a Russian apparatus pushing for her election to the Oval Office over Trump. Confusion and controversy is what the Russians want—not actual support of any Democrat.