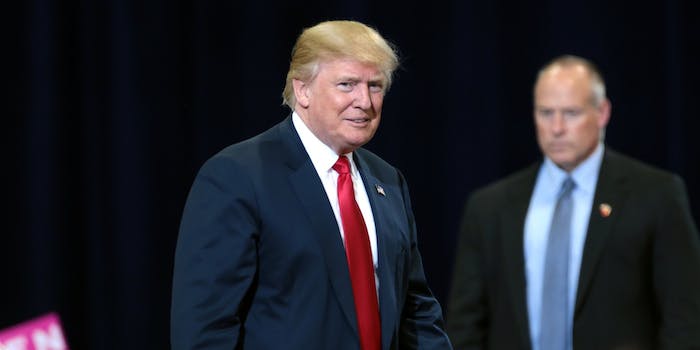 Trump’s Twitter use as president will be ‘very exciting,’ press secretary says

Trump is set to be the internet president.

If you thought Donald Trump would stop tweeting as president, think again.

The president-elect’s incoming press secretary, Sean Spicer, told Rhode Island’s WPRI on Monday that Trump’s use of Twitter and other social media platforms “will be a very exciting part of the job.”

“I think that his use of social media in particular … is gonna be something that’s never been seen before,” Spicer said. “He has this direct pipeline to the American people, where he can talk back and forth.”

“He can put his thoughts out and hear what they’re thinking in a way that no one’s ever been able to do before,” Spicer added. “I mean, he does communicate in a much bigger way than there’s ever been before, and I think that’s gonna be just a really exciting part of the job.”

As president-elect, Trump has used his Twitter account to challenge U.S.–China relations, push for a better deal in the development and production of new Air Force One aircraft, bully the union leader who challenged Trump’s claim that he saved 1,000 jobs at an Indiana Carrier plant, call for the U.S. to “strengthen and expand” its nuclear capabilities, and criticize the Obama administration and the United Nations over a recent vote condemning Israel’s construction of new homes in Palestinian territory, among other things.

In the same period, Trump has not held a formal press conference, although he has answered some questions from reporters. If he continues along this path, much of what we know about the next presidency may be delivered unfiltered, in 140 characters or fewer, for better or worse.