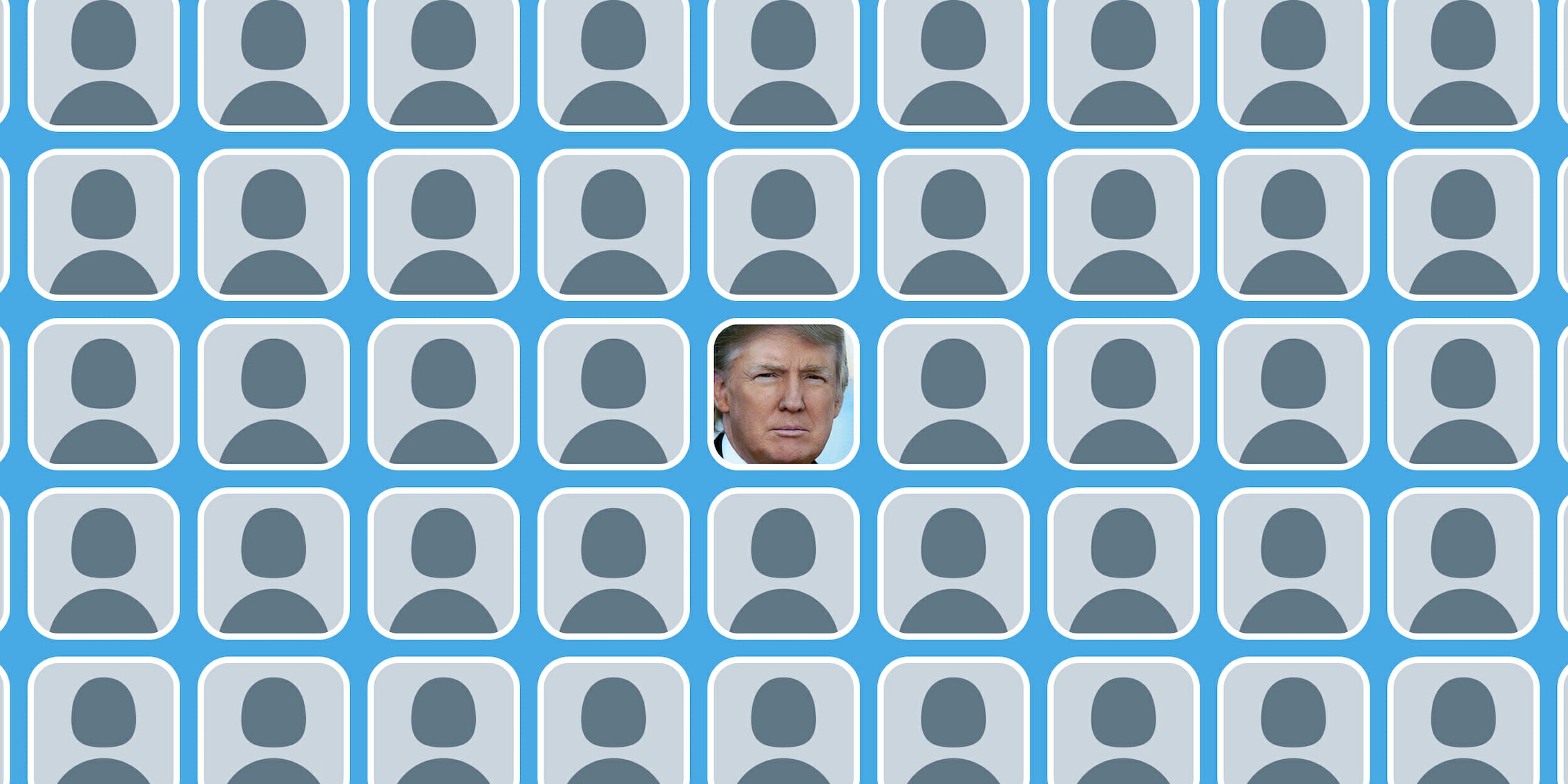 Bots may have increased Trump's vote in the 2016 election.

Twitter is mired in fake accounts, and President Donald Trump‘s account is no different—in fact, the bot accounts flooding Twitter may have helped sway an election, one recent study shows.

This army of fake bots on Twitter—millions of which follow Trump—contributes to “news laundering,” a social media analytics expert told the Daily Dot, where the bots can legitimize news by making it appear to be a trending topic.

Earlier this week Bloomberg reported that the National Bureau of Economic Research (NBER) found that bots may have increased Trump’s vote in the 2016 election by 3.23 percentage points.

The study also found that Trump supporters online “tended to react” to messages sent by pro-Trump bots, and this information was disseminated on Twitter within 50-70 minutes, according to the news outlet.

“Bots have a tangible effect on the tweeting activity of humans,” the NBER paper reads, adding: “Overall, our results suggest that the aggressive use of Twitter bots, coupled with the fragmentation of social media and the role of sentiment, could contribute to the vote outcomes.”

The Daily Dot reported earlier this year that more than 35 percent of the president’s Twitter following were suspected “egg accounts,” or a handle without a handle, and 20 percent of his entire following at the time had strong characteristics of what Social Rank, a social media analytics company, determines to be “artificial followers.”

While it’s unclear how many bots, or fake followers, are following the president–the sheer amount of pro-Trump bots on Twitter can impact more than just vote outcomes.

Alex Taub, the co-founder of SocialRank, told the Daily Dot on Wednesday it was “hard to really tell the full impact” of bots because they can generate a false sense of importance for trending topics that ultimately are covered by various news outlets from across the political spectrum.

“You don’t know if those 20,000 people are a bunch of bots in Gibraltar–or Russia–so now they’re like ‘its an interesting topic, it’s a growing topic, so let’s go cover it. That’s the hardest part of it–how much of that goes and turns into legitimate content for regular outlets, for right outlets, left outlets?” Taub said. “I think the impact could be even higher than people realize.”

“Money laundering is you take bad money and turn it into ‘good’ money,” Taub said. “You take bad money you got from a drug deal and then you buy a real estate apartment. When you go and sell that apartment, that money has now been laundered because it was bad and now its ‘good.’ Same thing with news. You take this bad ‘news’ and you put it out on Twitter, it gets picked up by a legitimate outlet. You’ve just laundered news.”

Earlier this year the New York Times reported how businesses were selling fake followers to athletes, entertainers, and others to inflate popularity. Oftentimes those accounts can be used to spread false content.