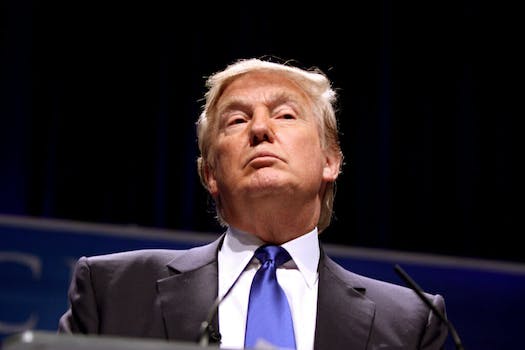 One said Trump recorded 'virtually everything' at his office.

Three anonymous former employees of President Donald Trump told the Wall Street Journal this week that their old boss had a habit of secretly recording conversations while in his New York City offices in Trump Tower. Specifically, one ex-employee told the paper that the 70-year-old commander-in-chief recorded “virtually everything” while in his skyscraper office, both before and after the employee worked there.

This is highly relevant information, given a tweet the president sent on Friday appearing to threaten or intimidate former FBI director James Comey out of leaking any stories of his firing to the press. It seemed to imply the existence of some sort of secret recording of their conversations, one that Comey wouldn’t know the existence of. According to NBC News’s Ken Dilanian, a source close to Comey says he’d actually like it if there were tapes, saying “that would be perfect.”

The tweet went out mere hours after some controversial details of his January dinner with Comey were apparently leaked to the press, including the claim that he requested Comey pledge his loyalty to Trump. According to sources around Comey, he refused the request, although Trump denies having asked.

This isn’t the first time someone working in close proximity to Trump has reported that he has a predilection for secretly taping people. Last year, BuzzFeed News reported that several former workers accused him of listening in on private phone conversations at his Florida estate, Mar-a-Lago. That’s slightly different than secretly recording people, although it’s notable that while New York and Washington, D.C.  require only one-party consent―only one side of the conversation must know and consent to being recorded for legal purposes―Florida law requires two-party consent.

Trump and the White House have declined further comment or explanation of his tweet about “tapes” since it was sent on Friday morning. White House Press Secretary Sean Spicer declined to answer a question about it during his Friday afternoon briefing, saying simply “the president has nothing further to add on that.” Trump himself also refused to broach the subject in a friendly interview with Fox News’s Jeanine Pirro, saying “that I can’t talk about.”

The Comey tape claim has fueled a quick and firm response from congressional Democrats, with Reps. Elijah Cummings and Adam Schiff both calling on the White House to turn over any and all secret recordings. It also strikes an interesting note in the context of Trump’s accusations against his predecessor―in March, he tweeted that former president Barack Obama had him wiretapped while at Trump Tower and referred to him as a “bad (or sick) guy.”