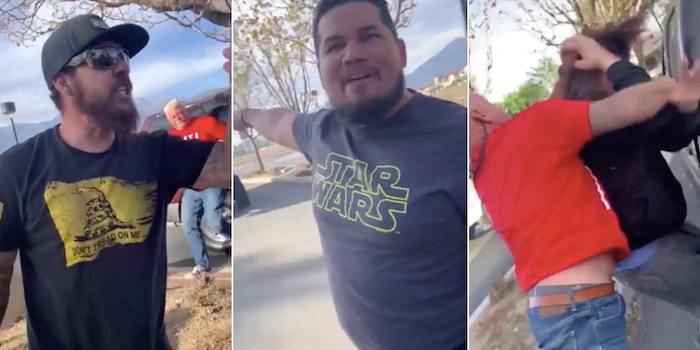 'I have kids in the f*cking car, motherf*cker,' says the Trump supporter trying to police the other man's language.

A viral Reddit video shows a group of Trump supporters arguing with and beating up a man for allegedly yelling “fuck Trump” around their kids, even as they hurled the same profanities at the man during the altercation.