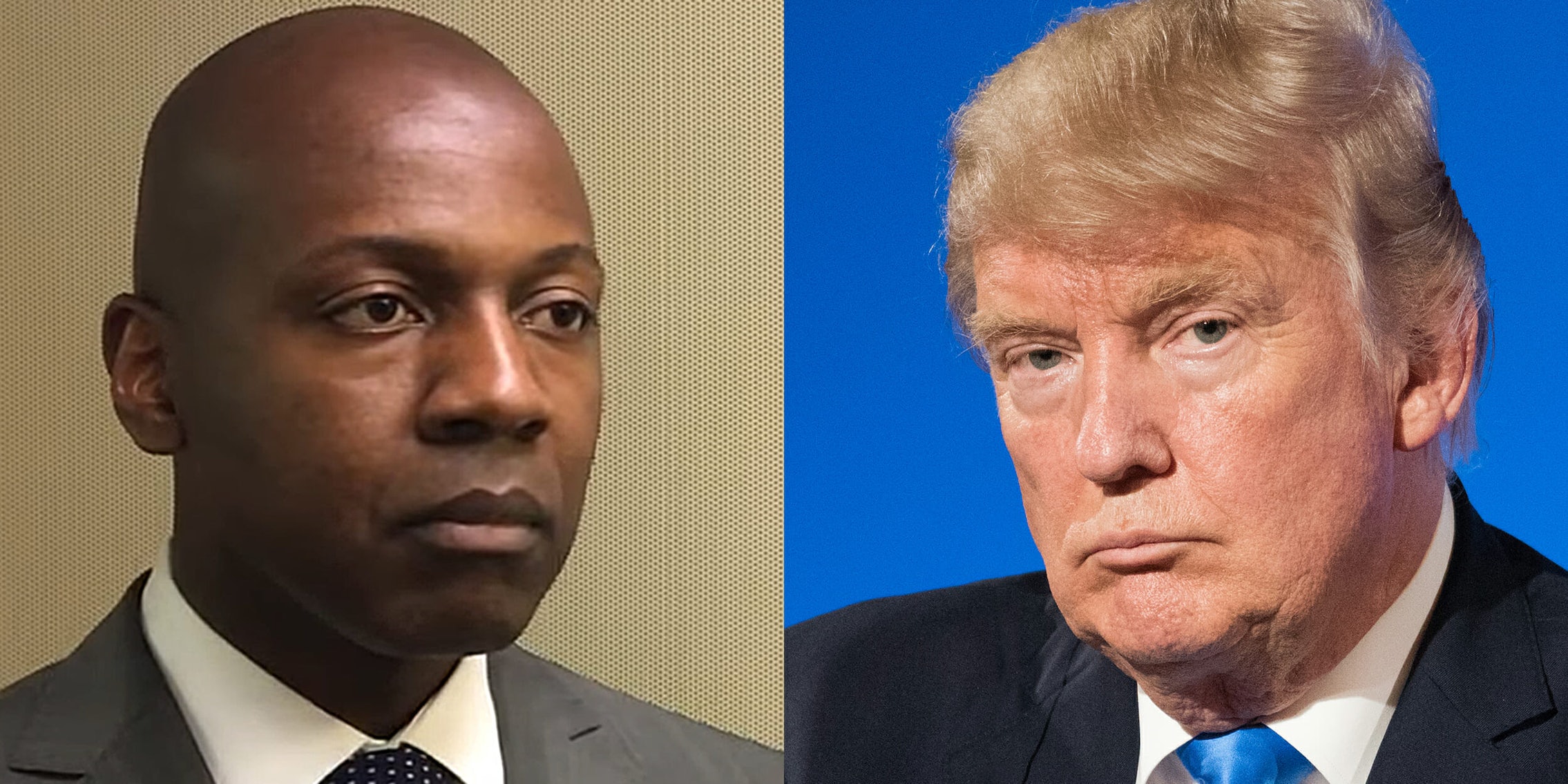 Trump denied the exact comments, but not the sentiment.

The furor over President Donald Trump’s reported “shithole” comments exploded Thursday night as the United Nations condemned the U.S. president as racist and the Haitian ambassador called for an apology.

The Washington Post reported that the president called Haiti, El Salvador, and unspecified African countries “shithole” nations during a discussion over immigration reform with Sen. Lindsey Graham (R-S.C.) and Sen. Dick Durbin (D-Ill.). This morning, the president denied he used the language.

The language used by me at the DACA meeting was tough, but this was not the language used. What was really tough was the outlandish proposal made – a big setback for DACA!

In a press conference, Durbin said the president used the “vile” language “repeatedly,” and called the president out for lying on Twitter about his words

BREAKING: Democrat Sen. Durbin, who was in meeting with Pres. Trump: “He said these hate-filled things.” https://t.co/yUHQuZIOCm pic.twitter.com/s9fMhtcguR

The president reiterated that he never said anything derogatory.

Never said anything derogatory about Haitians other than Haiti is, obviously, a very poor and troubled country. Never said “take them out.” Made up by Dems. I have a wonderful relationship with Haitians. Probably should record future meetings – unfortunately, no trust!

The president’s initial denial came as he lashed out online at Democrats over their stances on immigration.

The so-called bipartisan DACA deal presented yesterday to myself and a group of Republican Senators and Congressmen was a big step backwards. Wall was not properly funded, Chain & Lottery were made worse and USA would be forced to take large numbers of people from high crime…..

….countries which are doing badly. I want a merit based system of immigration and people who will help take our country to the next level. I want safety and security for our people. I want to stop the massive inflow of drugs. I want to fund our military, not do a Dem defund….

….Because of the Democrats not being interested in life and safety, DACA has now taken a big step backwards. The Dems will threaten “shutdown,” but what they are really doing is shutting down our military, at a time we need it most. Get smart, MAKE AMERICA GREAT AGAIN!

The comments from the president sparked an immediate and intense backlash from numerous organization, people, and nations.

Rep. Mia Love of Utah, a Haitian-American Republican from Utah, called on the president to apologize.

“The [president’s] comments are unkind, divisive, elitist, and fly in the face of our nation’s values,” Love said. “The President must apologize to both the American people and the nations he so wantonly maligned.”

Other members of Congress were even more unrestrained in their anger at the president. On MSNBC, Rep. Luis Gutiérrez (D-Ill.) called Trump someone who could lead the KKK.

“Today is going to be a very memorial day,” Gutiérrez said. “And that’s saying a lot in the Donald Trump presidency because we now know that we have in the White House someone who could lead the Ku Klux Klan in the United States of America.”

This is reportedly the second derogatory comment the president has made about Haiti in just the past few weeks. In December, Axios reported Trump said that all Haitians have “AIDS.” While the White House issued a pointed denial after that report, when reached by the Post last night to ask about his “shithole,” comment, they did not deny Trump’s language

In response, the ambassador to Haiti condemned Trump in an interview.

I just talked to Haiti’s Ambassador to the United States Paul Altidor who said he and the Haitian government “vehemently condemn” President Trump’s comments which they believe are “based on stereotypes.” “Either the president has been misinformed or he is miseducated.”

Ambassador Paul Altidor also said Haiti’s embassy in DC has heard from many US citizens of Haitian ancestry who are demanding an apology. He called President Trump’s comments an “assault” on Haitian people and the country’s history. https://t.co/K7c4j0GhBr

“If confirmed these are shocking and shameful comments from the President of the United States,” Rupert Coleville said. “There is no other word you can use but ‘racist’. You cannot dismiss entire countries and continents as ‘s***holes,’ whose entire populations who are not white, are therefore not welcome.”

The fact that Trump reportedly requested people from Norway revived the debate over whether the president is racist. While he has been publicly calling for a “merit-based” system of reform, his private comments reflect something more sinister, as noted online.

The significance is bigger than “shithole.” The president’s supporters are pushing hard for a “merit-based” immigration model, but Trump today didn’t say he wants more doctors, engineers or scientists. He said he wants “Norway.” And Norway is not a skill. https://t.co/XlhW1Z9Kgo

Norway is a country with a predominantly white population, while the countries referred to in Trump’s comments are populated predominantly by people of color. Which, as pointed out in a viral thread, fits a pattern for the president.

Trump, in a press conference in February 2017, called himself the “least racist person” ever.