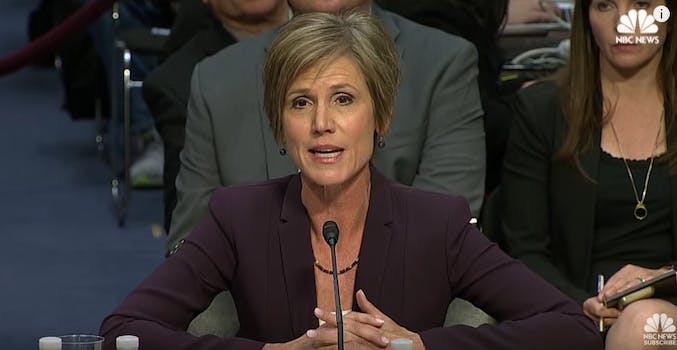 Trump paints Senate’s Russia hearing as a waste of time

President Trump reassures there is nothing to be found with all the Russian related investigations through a series of tweets.

President Trump on Monday reassured the American public that there is nothing to be found with the Senate Judiciary subcommittee’s hearings into his campaign’s Russian connections. He took to Twitter to air grievances with the process.

The Russia-Trump collusion story is a total hoax, when will this taxpayer funded charade end?

Not surprisingly, the notion of fake news had a presence in Trump’s tweets.

Director Clapper reiterated what everybody, including the fake media already knows- there is "no evidence" of collusion w/ Russia and Trump.

Sally Yates made the fake media extremely unhappy today — she said nothing but old news!

Trump says the real story here is not about Flynn, the White House’s role in his firing, or even Russian interactions by White House officials—it’s about surveillance.

You can watch Yates’ full testimony below: