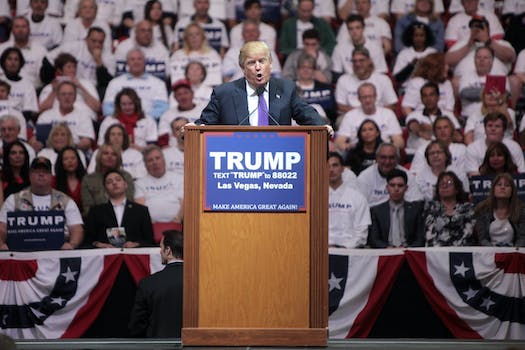 'We are caught up in a political mess today, you and me.'

The Donald Trump supporter who sucker-punched a protester at a rally in Fayetteville, North Carolina, apologized to his victim at his court hearing on Wednesday.

In a special moment of reconciliation, defendant James Franklin McGraw, who had been arrested and charged with assault, shook hands with Rakeem Jones, the man he punched.

“You know what you did, and I know what I did. I’m not going to say you were wrong or I’m wrong,” McGraw said to his victim, according to a WRAL report. “I hate it worse than anything in the world. If I met you in the street and the same thing occurred, I would have said, ‘Go on home. One of us will get hurt.’ That’s what I would have said.”

Jones had attended the rally with a number of other protesters, and the confrontation occurred as they made their way out of the auditorium. That’s when McGraw struck Jones.

“Boom, he caught me,” Jones told the Washington Post the day following the incident. “After I get it, before I could even gain my thoughts, I’m on the ground getting escorted out. Now I’m waking up this morning looking at the news and seeing me getting hit again.”

Videos released online from the rally showed Jones, who had just been hit, taken to the ground by law enforcement guards and removed from the premises while the assault itself was ignored. As the clips went viral, 78-year-old McGraw was identified and charged.

At the hearing, McGraw pled no contest to charges of assault and disorderly conduct. He was then given a suspended 30-day jail sentence with one year’s unsupervised probation.

“We are caught up in a political mess today, you and me,” McGraw said remorsefully to Jones in court. “We got to heal our country.”