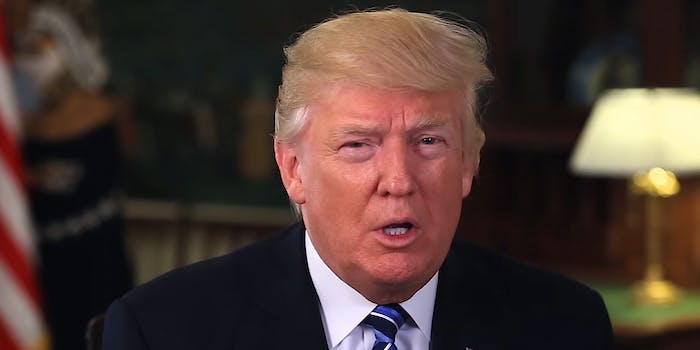 It appears that President Donald Trump is lawyering up.

To help defend him against the growing probe into Russian connections to the Trump campaign and interference into the 2016 presidential election, the president has tapped attorney Marc Kasowitz, a long-time ally, according to the Washington Post.

Kasowitz is a partner at Kasowitz, Benson, Torres in New York, a firm that specializes in commercial litigation.

Kasowitz has represented Trump on several high-profile legal matters over the past several decades, including sending threatening letters sent to the New York Times after they published a page from the then-candidate’s 1995 tax returns and a story outlining numerous women’s claims of sexual assault by Trump.

By retaining Kasowitz, Trump has entrusted a loyal legal mind to help him as the investigation into Russia ratcheted up over the past week.

Last week, a special counsel was appointed to oversee the investigation into the tangled and complicated web of the Russian probe – including whether Trump asked members of the intelligence community to stop parts of it.

On Monday, former CIA Director John Brennan told the House Intelligence Committee that he was “concerned” with contacts between Russian officials and members of the Trump campaign, adding that evidence gathered by the intelligence community was “worthy of investigation.”

Kasowitz’s appointment would have complicated the possible appointment of former Sen. Joe Lieberman to replace James Comey as the director of the FBI. Trump surprisingly fired Comey earlier this month.

Lieberman also works for Kasowitz, Benson, Torres – which, if chosen to lead the FBI, would create a conflict as the Lieberman would be heading an agency leading an investigation that Kasowitz would be defending against.

However, it appears that Lieberman is now out of the running for the position, and the Trump administration has hit the “reset button” on its search for an FBI director.

Joe Lieberman no longer being considered for FBI director. President's team has hit the restart button on the search for a new FBI Director

The White House did not offer a comment for the Post’s story.