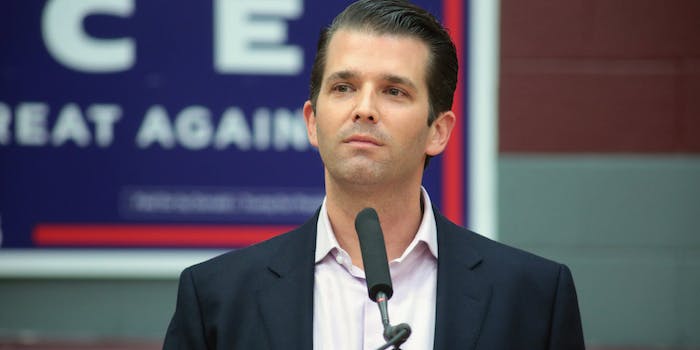 Get ready to read Don Jr.'s own words.

Sen. Chuck Grassley (R-Iowa) announced that the Senate Judiciary Committee will release the transcripts of interviews conducted with the people involved in the infamous Trump Tower July 2016 meeting.

The meeting became a point of national obsession after it was revealed that the President Donald Trump‘s son, Donald Trump Jr., took a meeting to discuss receiving compromising information on Hillary Clinton from Russian lawyer Natalia Veselnitskaya. Veselnitskaya maintained that the original purpose of the meeting was to discuss sanctions that had been levied against Russia.

The committee spoke with Trump Jr., and his testimony will be made public, as well as other’s involved in the meeting, including Rob Goldstone, who set up the meeting; Rinat Akhmetshin, a Russian American lobbyist; and the translator for Veselnitskaya.

Sen. Dianne Feinstein (D-Calif.), the ranking member on the committee, said she was “delighted” by Grassley’s decision.

Grassley, however, said that Feinstein’s recent decision to release the transcript of Fusion GPS founder Glenn Simpson “spooked” Kushner and other potential witnesses from testifying.