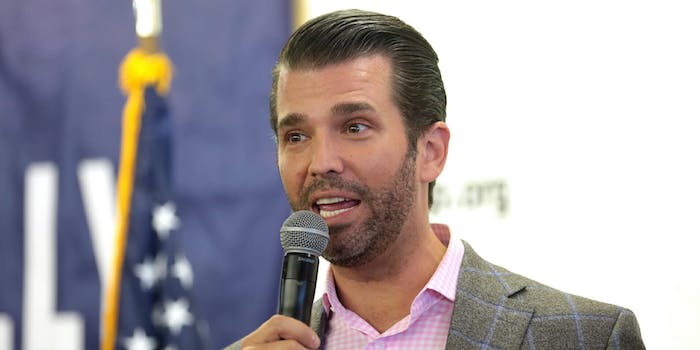 A blocked phone number could be of interest.

As Democrats prepare to take over the House of Representatives at the beginning of next year, Donald Trump Jr.—son of President Donald Trump–could be in under the microscope of the House Intelligence Committee, according to a new report.

A blocked phone number that appears in Trump Jr.’s phone records around the time of his infamous meeting with a Russian lawyer who promised “dirt” on Democratic presidential candidate Hillary Clinton could be of interest to the committee, USA Today reports.

The question, according to the news outlet, is whether that blocked number belongs to the now-president.

“Republicans refused to look at the phone records so that we could find out because they were afraid of what the answer might be,” Rep. Adam Schiff (D-Calif), who appears likely to head the House Intelligence Committee, told the newspaper.

The Democrats’ win earlier this month during the 2018 midterms increased the likelihood that aspects of the Russia investigation would be re-examined under the new leadership. House Republicans ended their investigation into Russian interference earlier this year.

You can read all of USA Today‘s report here.