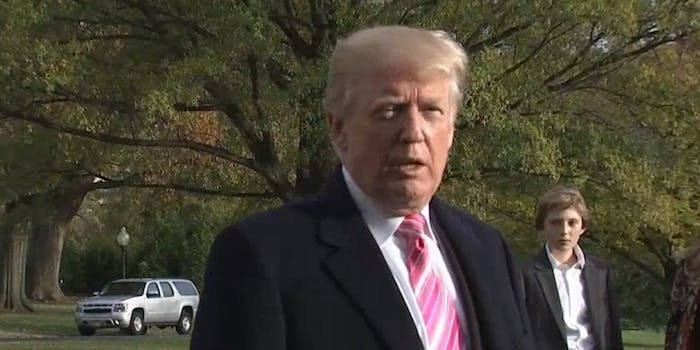 President Trump apparently thinks the most catastrophic threat to mankind is ‘good.’

Climate change, the man-made effect on our planet brought on by carbon emissions, which is leading to severe weather across the globe, rising seas, and mass migration, is bad.

It is considered by many scientists and experts to be the preeminent problem facing this planet over the next century.

Everyone knows it is bad.

The president just called it ‘good.’

In the East, it could be the COLDEST New Year’s Eve on record. Perhaps we could use a little bit of that good old Global Warming that our Country, but not other countries, was going to pay TRILLIONS OF DOLLARS to protect against. Bundle up!

The U.S. is facing a severe cold front that will abate in a week. Climate change will wreak havoc on Earth for thousands of years.

Trump previously pulled the U.S. out of the Paris Accords, the worldwide agreement to fight climate change. The U.S. is now the only country in the world who is not promising to stand by the agreement. Trump previously referred to global warming a hoax.

It appears he thinks it still is?

Or that it’s just fun to joke about.