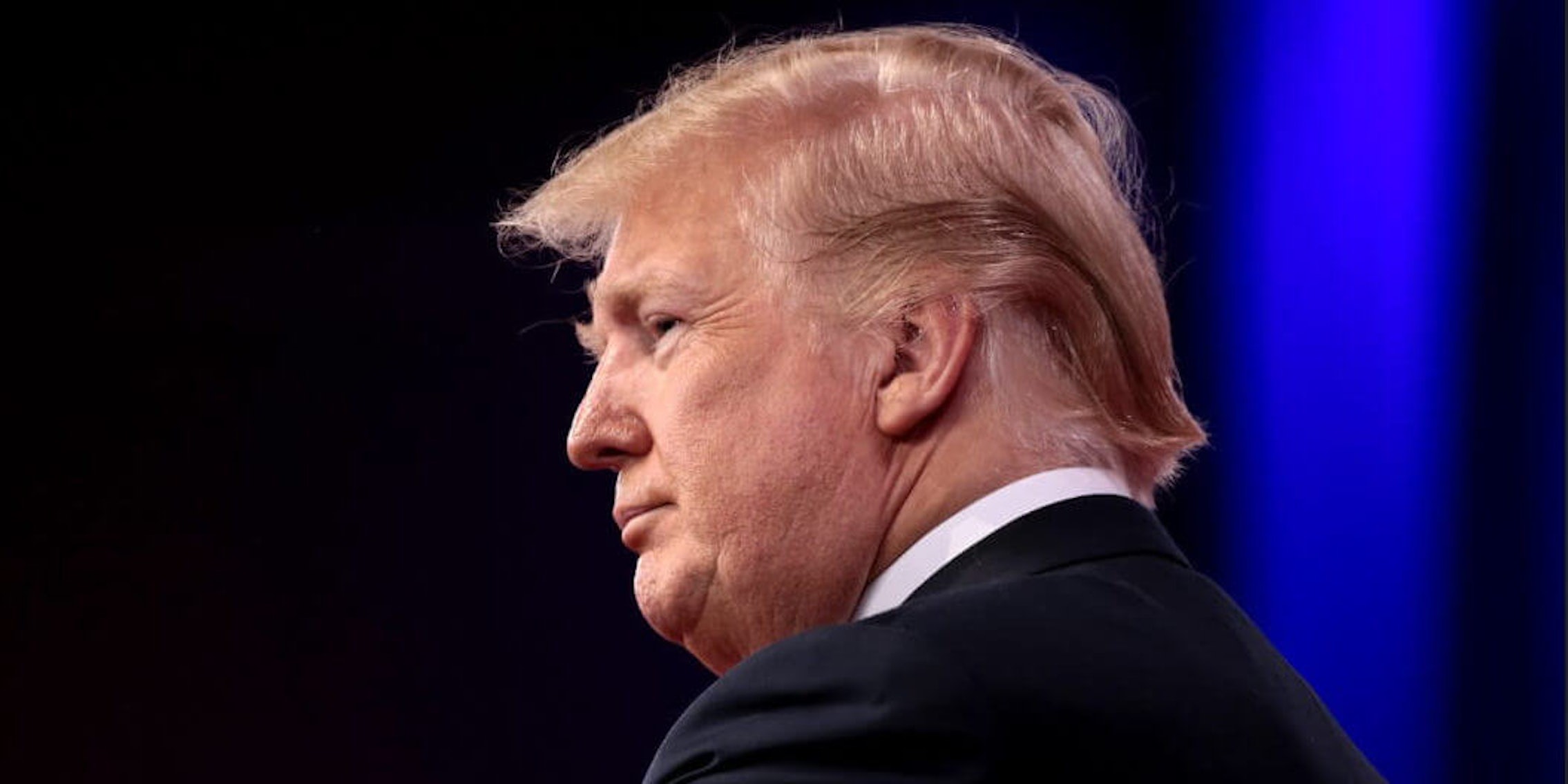 A better question might be what those ellipses are hiding.

While many zeroed in on the fact that Trump did urge Ukraine to investigate the former vice president, the far-right honed in on something else entirely: Trump’s mention of CrowdStrike in a separate portion of the call.

(Note: Ellipses are in the original document.)

“I would like you to do us a favor though because our country has been through a lot and Ukraine knows a lot about it. I would like you to find out what happened with this whole situation with Ukraine, they say CrowdStrike….” Trump said. “I guess you have one of your wealthy people…. The server, they say Ukraine has it.”

CrowdStrike is the cybersecurity firm the Democratic National Committee hired to discover who hacked their servers during the 2016 presidential campaign. The firm eventually determined that a group linked to the Kremlin did the deed. The Mueller report confirmed this fact.

Far-right conspiracy theorists believe that CrowdStrike is involved in the unsolved murder of Seth Rich, a 27-year-old DNC staffer killed in the summer of 2016. They base this in part on Julian Assange’s now-debunked claim that Rich, not Russia, was WikiLeaks’ source for the hacked DNC emails. The conspiracy theory goes that Rich was targeted by the DNC and the Clintons for the leak.

The theorists believe that it’s not a coincidence that the DNC paid CrowdStrike in the days following Rich’s death; but that this is evidence of the company’s involvement. They, and Trump, also incorrectly believe that the company is owned by a Ukrainian billionaire. The company was co-founded by George Kurtz, an American, and Dmitri Alperovitch, a Russian-American.

Trump has also long believed a conspiracy theory that the DNC server is missing (possibly in Ukraine), in spite of no evidence to back up this claim. In reality, none of the more than 140 servers that were hacked are missing.

Rich’s brother later sued those who circulated the theory, including the Washington Times. In a separate suit, Rich’s other family members sued Fox News on the same basis.

CrowdStrike released a statement in response to the contents of the call: “With regards to our investigation of the DNC hack in 2016, we provided all forensic evidence and analysis to the FBI. As we’ve stated before, we stand behind our findings and conclusions that have been fully supported by the US intelligence community.”

In spite of the lawsuits, Fox News’ retraction of the story, and the fact that CrowdStrike is a legitimate cybersecurity firm that has never been implicated in any murder, of Rich or otherwise, far-right conspiracy theorists refuse to give up the ghost.

Tim Miller, former campaign manager for Sen. Mitch McConnell (R-Ky.), believes that it is possible that the president is among them, and that Trump may have been floating this conspiracy theory in an official call with a foreign leader.

“Couple observations: 1. The CrowdStrike reference is clearly newsworthy and utterly lost on everyone. I’m guessing this is in reference to the ongoing investigation into the Russian election interference. CrowdStrike was the firm who the DNC hired after it was hacked,” Miller tweeted.

Trump’s mention of CrowdStrike served as a dog whistle to conspiracy theorists.

It’s possible the crowdstrike question was a serious national security issue Trump was asked to raise? But it seems just as likely that it is based on the DNC/Seth Rich conspiracy theories like this one below and Trump is looking for “proof” the Russians didn’t interfere in 2016 pic.twitter.com/LmDZoXTyyL

Just look up the company Crowdstrike.

And who owns them.

uhmmm. Crowdstrike. now where have I heard that name? On yes, DNC used them to investigate their computer hacking deal. They wouldn't let the FBI do it. https://t.co/cRTdiBGr3K

In his conversation with the Ukrainian President, Trump implicated DNC IT Firm "Crowdstrike".

Crowdstrike are the ones who "investigated the DNC servers and determine Russia hacked them," with no 3rd party confirmation.

The FBI and Mueller both just took their word for it.

You may believe it inexplicable that the president of the United States would buy into a conspiracy theory that his political rivals had someone murdered, or that he believes that a hacked server was somehow ferreted from the United States to Ukraine.