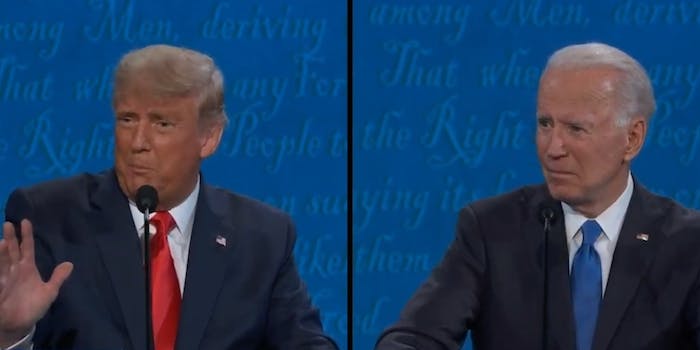 Trump appears to mock Biden for talking about working families

Biden spoke about the families during a discussion about China and policies surrounding the the U.S. and the country.

“There’s a reason why he’s bringing up all this malarkey. There’s a reason for it. He doesn’t want to bring up the substantive issues. It’s not about his family and my family. It’s about your family,” Biden said, pointing to the camera. “And your family is hurting badly … if you’re a middle class family, you’re getting hurt badly right now. You’re sitting at the kitchen table this morning deciding well we can’t get new tires … because we have to wait another month or so, or are we going to be able to pay the mortgage, or who is going to tell her she can’t go back to community college?”

“They’re the decisions you’re making. In the middle-class families like I grew up in Scranton and Claymont. They’re in trouble. We should be talking about your families. That’s the last thing he wants to talk about.”

Trump’s response raised some questions from people online—as it appeared that the president mocked Biden for talking about families.

The president mocking Biden for talking about families was noticed by many.