Companies are competing to build the first Tricorder

The future that Star Trek predicted is getting closer.

The one Star Trek gadget that could benefit humanity the most is undoubtedly the all-knowing Tricorder.

With its ability to instantly diagnose a seemingly endless number of ailments, it’s the ultimate medical gadget. It should surprise no one, then, to learn that building a working Tricorder is the goal of a new X Prize competition, the results of which are already looking extremely promising.

One of the companies competing in the Qualcomm Tricorder XPRIZE contest is the Canadian firm Cloud DX. The company has already built something quite impressive: an entire system of devices that can track virtually everything about you, test you for things like diabetes and tuberculosis, and continuously log all of that information for days. 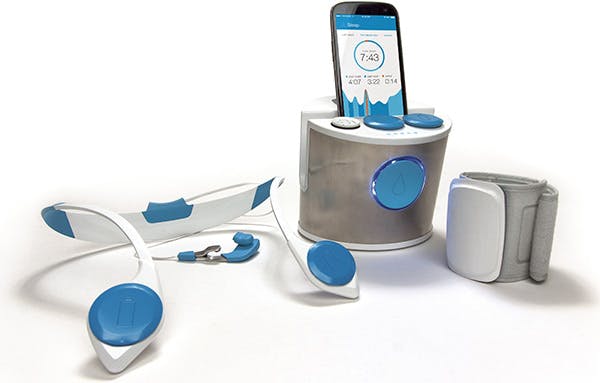 In order to meet the X Prize competition’s requirements, each prototype has to be able to identify at least 15 medical conditions and keep tabs on a person’s vitals for a minimum of 72 hours. These accomplishments would represent a huge leap forward from the capabilities of current medical devices. The Cloud DX system had to use several individual gadgets in tandem in order to pull it off.

The Cloud DX devices include an earpiece with an attached dongle, two handheld sticks that are used for scanning and diagnostics, and a base station that pairs with a smartphone or tablet for data logging and tracking.

You can already order part of the Cloud DX system; the earpiece and additional monitoring hardware are part of the company’s Vitaliti device, which is available for pre-order for $199.

The company says that it’s planning to ship at least 1,000 Vitaliti units by December 2015, although the device’s lack of regulatory approval means that its launch could be unexpectedly delayed.