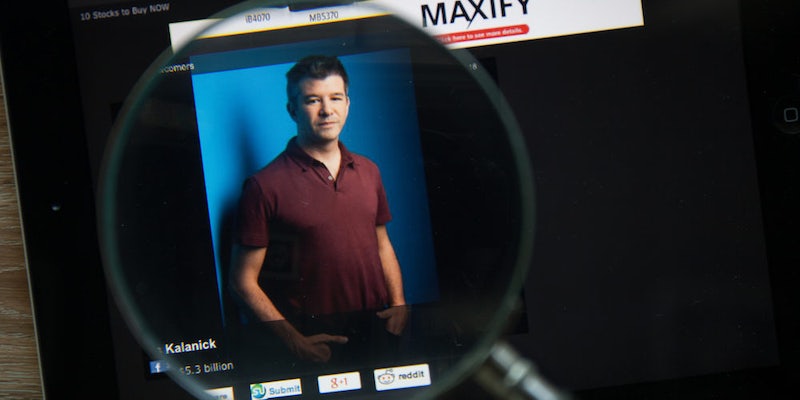 Uber CEO apologizes for his ‘bulls**t,’ admits he needs help

Travis Kalanick says he should grow up.

Uber CEO Travis Kalanick is issuing an apology to all of his employees, including the driver he was filmed cursing at.

A video released by Bloomberg on Tuesday shows Kalanick in a heated argument with Fawzi Kamel, an Uber driver, who began questioning the CEO’s business decisions after driving him to his destination.

The discussion quickly turned hostile before Kalanick fled the scene.

“Bullshit. You know what?” Kalanick asked Kamel. “Some people don’t like to take responsibility for their own shit. They blame everything in their life on somebody else. Good luck!”

The video went viral, and added another chapter to what has been an awful few months for the ride-hailing company.

Kalanick responded to the video today by sending a note to his entire company apologizing for his reaction, and addressing his own personality flaws.

The note was obtained by Boy Genius Report.

By now I’m sure you’ve seen the video where I treated an Uber driver disrespectfully. To say that I am ashamed is an extreme understatement. My job as your leader is to lead…and that starts with behaving in a way that makes us all proud. That is not what I did, and it cannot be explained away.

It’s clear this video is a reflection of me—and the criticism we’ve received is a stark reminder that I must fundamentally change as a leader and grow up. This is the first time I’ve been willing to admit that I need leadership help and I intend to get it.

I want to profoundly apologize to Fawzi, as well as the driver and rider community, and to the Uber team.

This may be the first time Kalanick admits to needing help, but it certainly isn’t the first time he’s apologized for putting his company in hot water. How long can Uber hold on until help comes?