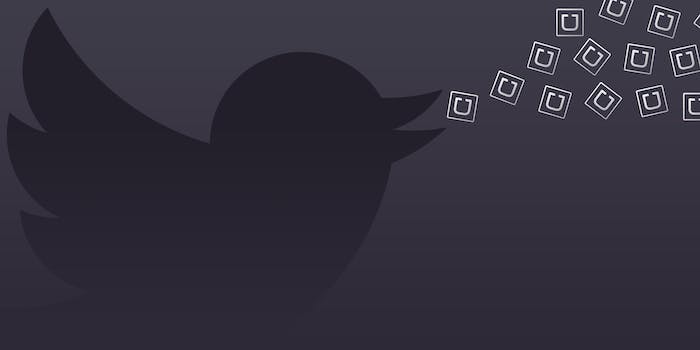 His generic, meaningless PR-speak won't do much to quell the revolt.

Taxi replacement service and den of iniquity Uber is in hot water this week following BuzzFeed’s revelation Monday night that a top executive suggested smearing journalists who criticized the company, including high-profile Silicon Valley reporter Sarah Lacy. Instead of firing that executive, however, Uber’s CEO blasted out a series of tweets that answered no questions, suggested no improvements to Uber’s corporate culture, and offered no evidence that Uber had learned its lesson.

1/ Emil’s comments at the recent dinner party were terrible and do not represent the company.

4/ Instead, we should lead by inspiring our riders, our drivers and the public at large.

8/ The burden is on us to show that, and until Emil’s comments we felt we were making positive steps along those lines

9/ But I will personally commit to our riders, partners and the public that we are up to the challenge

11/ And furthermore, I will do everything in my power towards the goal of earning that trust.

Kalanick’s rationale for not firing Michael, who has already trotted out the standard pathetic apology, is that he thinks Michael is capable of learning from his mistake. It’s hard to reconcile this conclusion with his second tweet, which said that the mistake was evidence of “a lack of humanity.”

A quick review of Kalanick’s own conduct suggests that he may be more interested in retaining a top executive than ameliorating the concerns of journalists like Lacy. A March 2014 GQ feature about Uber contains this lovely sentence:

When I tease him about his skyrocketing desirability, he deflects with a wisecrack about women on demand: “Yeah, we call that Boob-er.”

That Kalanick lives in a bro bubble is apparent from the fact that, according to San Francisco magazine, he is “repeatedly, and not necessarily unkindly, described by friends and colleagues as ‘douchey.'” Only someone to whom “douchey” is a term of endearment could think that Michael is worth keeping around, or that today’s tweetstorm is an appropriate response to his misconduct.

As an interesting and revealing addendum to the San Francisco nugget, the author of that story also revealed the following:

While I was reporting my recent cover story on Uber and its CEO Travis Kalanick, several current and former Uber employees warned me that company higher-ups might access my rider logs.

Twitter, needless to say, was not impressed with Kalanick’s generic apology.

“It’s alright, the guy who suggested digging up dirt on journalists’ private lives doesn’t actually have that portfolio at our company”

Has a tweetstorm ever been the most effective response to a crisis? Why not just a tweet linking to a full statement?

“Hey how do we handle this PR disaster?” “I dunno. Tweet some stuff, I guess.” “Yeah. Whatever. Nothing matters.”

Is Uber convinced Emil Michael is so essential to business they can’t fire him, or that bad PR doesn’t matter?

Uber, but for crisis management.

Usually, if you characterize your employee as having “a lack of humanity,” you don’t retain them. But ¯_(?)_/¯

Man With Avatar of Alexander Hamilton Shoots Self in Foot

Somehow when I read Uber’s apology all I see is a reminder the company still has my personal data. And an executive who lacks ‘humanity.’

And just in case you thought this wasn’t a corporate culture problem: