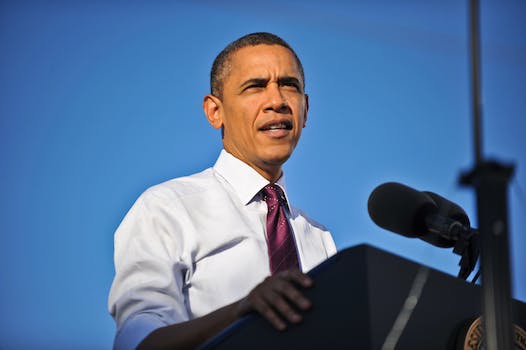 The bumpy path ahead for Obama’s controversial TPP deal

The Democrats gained next to nothing in their faceoff with President Obama.

The dissension between Senate Democrats and President Obama over a bill to grant the administration increased trade authority didn’t last very long.

Forty-eight hours after the Democrats defied President Obama and blocked the passage of trade legislation at the top of the administration’s agenda, the trade-promotion authority is again up for debate. If passed, the bill will allow President Obama to expedite international trade agreements through Congress, a power viewed as essential to securing the 12-nation Trans-Pacific Partnership.

In the end, the Democrats profited little from blocking the trade bill. Largely, the defiant gesture resulted in a 24-hour news cycle filled with stories about how awful things are for the president. And it appears a passive-aggressive strategy by the administration—publicizing the names of nine Senators summoned to the White House to resolve the squabble—and not a legitimate offer to compromise, ultimately forced the Democrats’ hand.

The Senate voted 65-to-33 on Thursday to renew debate over the so-called “fast-track” authority, after Republican leaders agreed to a standalone enforcement bill intended to crack down on countries accused of manipulating currency rates. The package, which passed 78-to-20, was opposed by the administration on the basis that it could force a number of Asian trade partners to abandon the TPP deal. Opponents also expressed concern that the currency provision risked a trade war with China.

Facing opposition from both Obama and Republican leaders in the House, the currency provision is likely headed toward defeat in the lower chamber, only further diminishing what Senate Democrats achieved in their faceoff with the president. House Speaker John Boehner (R-Ohio) called the Senate’s efforts to legislate the currency valuations of foreign nations “almost laughable.”

In a separate vote, the Senate overwhelmingly approved a trade-preference bill for sub-Saharan African imports, which has the support of the White House. Sen. James Lankford (R-Okla.) was the only senator to vote against the bill.

The Senate debate over the trade authority is expected to continue next week. If passed, the bill will face another hurdle in June once it reaches the Republican-controlled House floor.

Without indicating how she’d vote on the bill, House Minority Leader Nancy Pelosi (D-Calif.) called on Thursday for the duration of the trade authority to be significantly shortened, warning that it could grant the executive “carte blanche” to accelerate trade agreements that don’t yet exist. “This fast-track is for things unknown, and I would hope that there could be some addressing of the length of time and the open season that it gives for any trade agreement,” she said.

Pelosi’s concerns echo critics of the TPP who say most lawmakers have no idea what the deal entails.

A classified draft of the agreement can only be viewed under the supervision of the U.S. Trade Representative’s office in a soundproof room in the basement of the Capitol. Cell phones and other electronic devices are forbidden. Lawmakers aren’t even allowed to take pencils into the room, and they can only be accompanied by aides with high-level security clearances, which means in all likelihood they have no way to translate the document’s technical jargon.

While the TPP draft is kept in a secured room like CIA photographs of Osama Bin Laden’s corpse, corporate lobbyists who make up the so-called “Industry Trade Advisory Committees,” including representatives from AT&T, Apple, Dow Chemical, and Nike, enjoy unparalleled access to both the document itself and the negotiating table. The scenario seems greatly at odds with the president’s campaign promise to be “the most transparent administration in history.”

Under such restrictive circumstances, it seems implausible, critics argue, that the members of Congress now pushing to enact a colossal new trade deal have even a basic understanding of what that document holds for the American public.