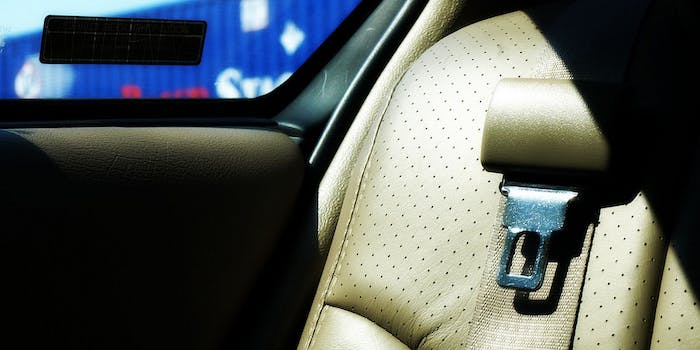 Buckle up, tweet a selfie, and Toyota will donate a car seat

Toyota’s vehicular safety record isn’t sterling, but it knows a good public-relations campaign when it sees one. That’s why the company is asking its Twitter followers to post photos of themselves and their loved ones wearing seat belts with the hashtag #BuckleUpForLife.

For every photo uploaded with that hashtag, Toyota is giving the Buckle Up for Life campaign 10 car seats. The campaign, a partnership between Toyota and the Cincinnati Children’s Hospital Medical Center, “educates the entire family on critical passenger safety behaviors.”

Safely riding my school bus B in a properly installed seat and C sitting safely beside her #BuckleUpForLife #CRST pic.twitter.com/BbQIZsF5ma

Local Toyota dealerships are filling the hashtag with photos of their customers driving safely.

#BuckleUpForLife – use that hashtag and @Toyota donates TEN car seats for kids!!! pic.twitter.com/UU7Pp97Lcv

This One Direction fan even turned her adoration for “stud muffin” Harry Styles into support for safe driving.

Of course, no hashtag stays pure forever. The trolls are already starting to emerge.