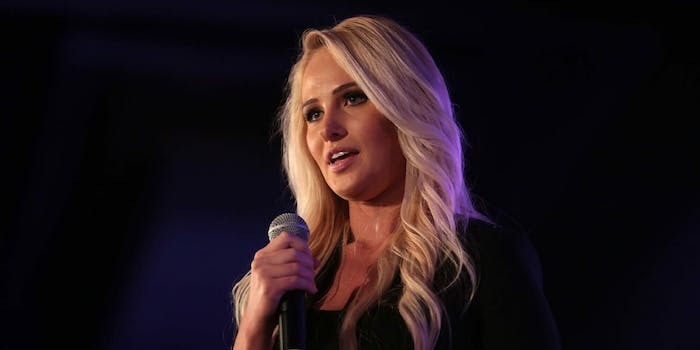 Fox & Friends host Ainsley Earhardt discussed Ocasio-Cortez’s current position as the “darling” of the Democratic party and pointed out how politicians like Joe Biden and Kamala Harris had moved left on issues like Medicare for All and a Green New Deal in part due to Ocasio-Cortez’s influence.

But Lahren suggested that Ocasio-Cortez isn’t as substantive as she appears.

Ocasio-Cortez is one of the most recognizable faces on social media; she has 2.73 million followers on Twitter, and her Instagram stories are wildly popular.

“We want the government’s hand off. We want the ability to achieve the American dream in a safe and secure nation,” she said, adding that among the current Democratic presidential nominees, none could mount a serious challenge to President Donald Trump.

“We’re in for a real treat in 2020 if this is the crop of Democrats we have to deal with,” she said.

Lahren responded to critics who said that Ocasio-Cortez was indeed successful, having mounted a campaign to take on a 10-term incumbent to become one of the youngest women ever elected to the House of Representatives.

“I wasn’t referring to her professional success I was referring to the success of her ideas. Big difference,” she tweeted. “Do you think her ideas will be successful, outside of the social media echo chamber?”

Do you think her ideas will be successful, outside of the social media echo chamber? https://t.co/LgERvX1KLv

Ocasio-Cortez has been a member of Congress less than a month, but during her time in office, she has started a national conversation about taxing wealth and the dire consequences of climate change, pushing for a solution to severe income inequality and the impending disaster of climate change.

Why do people think they can mess with Bronx women without getting roasted?

They act as though our borough hasn’t been perfecting the clapback game since the Sugarhill Gang 🤣 y’all just found it on Twitter https://t.co/pgxUU1BDJs