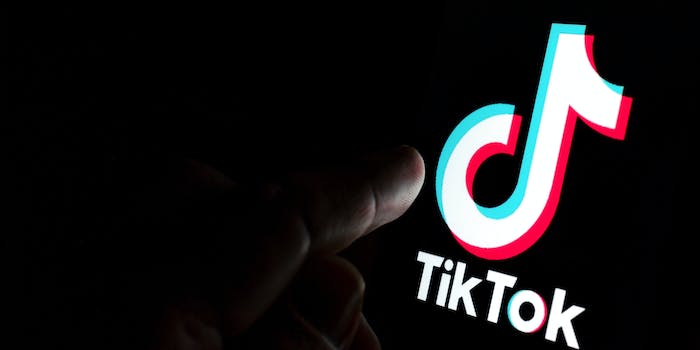 Mozilla's report says there are ways TikTok's political ad ban is being exploited.

Mozilla, the tech company behind the Firefox browser, says it has found numerous instances of political advertising on TikTok from influencers, despite the app saying there is a ban on those ads.

The Mozilla Foundation released a report on Thursday, “Th€se Are Not Po£itical Ad$: How Partisan Influencers Are Evading TikTok’s Weak Political Ad Policies,” that found that despite the popular app saying that it bans political ads, there are loopholes being exploited by groups like Turning Point USA, Prager University, and Today is America.

“Despite public appearances, TikTok is seriously struggling with ad transparency,” Brandi Geurkink, Mozilla’s senior manager of advocacy, said in a statement. “Advertising transparency allows people to see who is paying for influence online—a crucial safeguard against manipulation and disinformation. But TikTok’s inconsistent disclosure practices and lax enforcement—paired with zero ad transparency tools or archives—make the platform vulnerable to abuse by political groups and other malicious actors.”

TikTok bans political ads, specifically promotions for candidates; current or former political leader, party, or organization; and content that advocates for or against local, state, or federal issues to influence political decisions.

However, Mozilla said it found that several TikTok influencers disseminated political messages and received payment, the promise of payment from political organizations, or were compensated in another way like being gifted a trip.

The tech company looked at TikTok’s API through an unofficial API wrapper and found that posts with advertiser-funded hashtags had a mark in the metadata reading: “IsAd”=True. However, influencer posts that had a hashtag like #ad or #sponsored did not have the same metadata tag, instead they had: “IsAd”=False.

“This is meaningful because it tells us that paid partnerships don’t seem to be marked as ads by TikTok, which makes them more difficult for the platform to monitor,” Mozilla’s report reads. “Instead, these ads rely on self-disclosure, which, as our research below shows, isn’t very effective.”

In the study, Mozilla flagged several accounts that had “formal ties with organizations like Turning Point USA, Prager University, and Today is America” who posted “political messages without disclosing details of their financial compensation.”

In one example, a TikToker identifies herself as a “political influencer” and details how Turning Point USA flew her to Florida for a summit.

Mozilla also flagged TikTokers who had ties to left-wing organizations, including influencers who were paid by The 99 Problems, a progressive PAC.

Mozilla recommended that TikTok develop self-disclosure methods for creators to disclose their paid partnerships or sponsored content; implement in-ad transparency on the platform; and enforce its policies regarding political ads and make sure their policies are “inclusive of all ways that paid political influence can happen on the platform.”

It also launched a petition where people can urge TikTok to prioritize ad transparency.