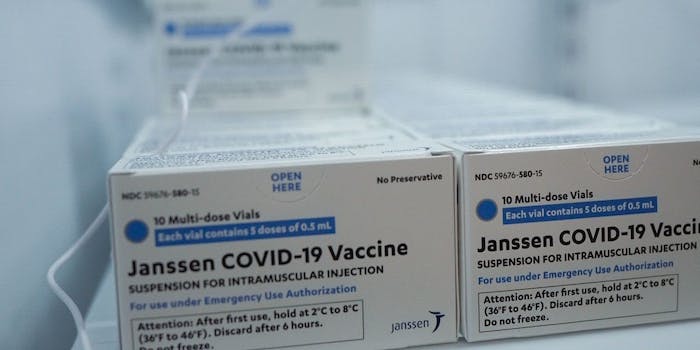 Here's what you need to know about the latest vaccine news.

Both the U.S. Food and Drug Administration and the Centers for Disease Control and Prevention have called a halt to the use of the Johnson & Johnson COVID-19 vaccine, following reports of blood clotting in a rare number of cases.

The April 13 decision to halt the Johnson & Johnson vaccine comes after “six recipients in the United States developed a rare disorder involving blood clots within about two weeks of vaccination,” according to the New York Times. The report noted they were all women, between the ages of 18-48, with one fatality and another recipient currently hospitalized in critical condition.

“We are recommending a pause in the use of this vaccine out of an abundance of caution,” Dr. Peter Marks, a Food and Drug Administration official, and Dr. Anne Schuchat, principal deputy director of the C.D.C., said in a joint statement. “Right now, these adverse events appear to be extremely rare.”

Nearly 7 million doses of the vaccine have already been given to people throughout the U.S., with about 9 million doses distributed. The single-dose vaccine was approved in late February for use in the U.S., and it has been part of the nation’s vaccine arsenal since early March.