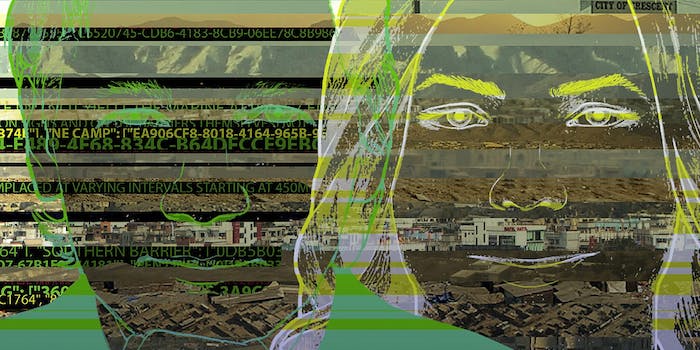 Does music have a way of making WikiLeaks understandable?

Before Ted Hearne had any idea who Chelsea Manning was, he had already started composing an opera about her.

It was around 2010, when WikiLeaks founder Julian Assange released a video entitled “Collateral Murder,” leaked surveillance footage from a United States military helicopter that shows American forces gunning down civilians, including Reuters reporter Namir Noor-Eldeen, in a square in Eastern Baghdad.

The video began with an epigraph from George Orwell:

Political language is designed to make lies sound truthful and murder respectable, and to give the appearance of solidarity to pure wind.

He was instantly hooked. For Hearne, who had long been obsessed with questions regarding the free flow of information, WikiLeaks was a story too enticing not to play with. When he learned the full tale of Manning having provided the video, along with a massive trove of State Department cables, to Assange, Hearne finally knew how to shape the work he had been developing.

The result, which was released as an album late last month, is an opera called The Source. The first music video for a track from the album dropped earlier this week.

The opera is based on a collection of primary source documents, particularly chatlogs of conversations between Manning and Adrian Lamo, the former computer hacker to whom Manning confided, but who later turned her in to authorities. Manning’s words—from fears about her own identity, having transitioned from male to female after being arrested, to the passion that drove her to risk everything to show the world what she felt were the injustices of American military adventurism—are used directly throughout the piece.

“I wouldn’t mind going to prison for the rest of my life, if it wasn’t for the possibility of having pictures of me plastered all over the world press as a boy,” a voice says in the track “s/as boy/as a boy,” echoing Manning’s own words from the chatlogs.

“I was seeing … [Manning] looking at this screen and being so alone at that time, questioning her identity in many ways,” Hearn, who wrote the piece’s libretto with novelist Mark Doten, recalls in a phone interview with the Daily Dot. “In a way, weighing those feelings against her reading these logs, then you have two parts of an equation. If you put yourself in a position where you’re reading the logs, then you can start to put yourself in different people’s shoes a little.”

There’s a strong element of reportage at work throughout The Source; however, when placed on top of a musical landscape of dissonant strings, auto-tuned vocals, and arrangements that alternate between sparsely isolating and hyperactively chaotic, the overall effect is overwhelming—and deliberately so.

Just as Manning herself dealt with problems of gender binaries as she debated whether to release the documents, Hearne played on that same theme, what he calls “the tyranny of the binary,” in the instrumentation itself. Electric guitars play the long, sweeping tones typically associated with violins. Violins are played percussively, like drums.

For some time, the world didn’t know who had leaked the documents. However, in the experience of his own difficulty in comprehending precisely what they revealed, Hearne discovered a cogent metaphor for how we all consume information in the digital age.

“The datatization of war documents is fascinating. When these dumps started to happen with WikiLeaks, I was really interested in finding ways to deal with the sheer enormity of the text,” he says. “There is just so much. It’s impossible even to print it all out. And then to read everything. How do you grasp every word in there? Every story?”

The experience was frustrating. As an American, Hearne felt it was important to understand precisely what his government had been doing in his name. But there was a tedium to the data, a hum-drum reporting of the day-to-day details of American foreign policy that felt impossible to truly understand when robbed of its context. The feeling was one he had experienced before—the same feeling billions of people have every day then go online to learn about the world around them.

On the track “[CRIMINAL EVENT],” voices processed almost to the point of unintelligibility dispassionately read military reports of death and torture. Hearne takes the natural voices and adds an element of auto-tune, which is used on nearly all of The Source’s vocals.

“You hear the human voice, and you also hear its reflection in computer-processed vocals. You’re almost always hearing at least two voices for every one singer,” he says, noting that adding a digital edge to the vocals mirrors how technology creates a disconnect between the people experiencing war and those just reading about it online. “It’s like a granulation or an approximation of an actual human being that is on the other side of the device.”

Manning is only one part of the WikiLeaks equation. The other half is, of course, Assange.

Only one song on the album, the standout track “Julian in a Nutshell,” deals with Assange directly. Even then, the controversial transparency activist isn’t even the real subject. Just has he did with Katrina Ballads, a song suite that drew from news reports about Hurricane Katrina to shed light on how people across America experienced and interpreted the storm’s destruction second-hand, Hearne’s target in “Julian in a Nutshell” is the media.

The song is comprised of questions reporters asked Assange during various interviews. It starts with sparse vocal snippets of hesitant questions over atonal stings, but it soon explodes into an almost-danceable cacophony of bass, drums, and an avalanche of questions. The track transitions from a nervy, awkward introduction between Assange and a media not quite knowing what to do with each other to each side happily realizing the benefits of their relationship.

Yet, there’s a still a tension. As the word “nutshell” repeats over and over, the media asks Assange to boil down his essence to a single soundbite. “Are you a journalist?” “Would you say you’re practicing civil disobedience against breaking the law?”

“It’s a piece about the American media’s impulse to reduce the enormity of the leaks to essentially a character assassination piece about Assange,” Hearne says. “I tried to create this world where they started not understanding how they were going to frame him, and the piece turns into this musical-theater fiasco when they understand they can talk about his sex crimes and he becomes this figure to paint.”

“The most joyful [sounding] spot [in the song], where they’re singing the most consonant intervals and the richest counterpoint, and the strings are playing the most romantic way possible, that’s all when they’re saying: ‘And he pinned her down and was forcibly spreading her legs,’” he continues. “It’s not to be ironic; it’s to underscore the fact that [that] was where the media found their story.”

While the album version of The Source was released last month, the work debuted to the public last year during a performance at the Brooklyn Academy of Music.

Even though the music itself is frenetic, the stage show Hearne developed with director Daniel Fish and video designer Jim Findlay stripped the work down to its raw, emotional core. While the musicians played, videos on each side of the black box theater showed a montage of the faces of 150 different people as they watched the “Collateral Murder” video.

The audience wasn’t specifically told the meaning of the video they were seeing; they just knew that the people in the clip were watching something that made them profoundly uncomfortable. And then, when the opera drifted to a conclusion, they played the “ Collateral Murder” video in its entirety.

“I’d never seen anything like it before,” recalls Hearne. “At the end of the show, there was a minute of silence. People just sat in their chairs and looked at each other. It was really intense.”

A music video, world premiering here with the Daily Dot, shows some of that footage set to “[EXPLOSIVE HAZARD],” the opening track of The Source.