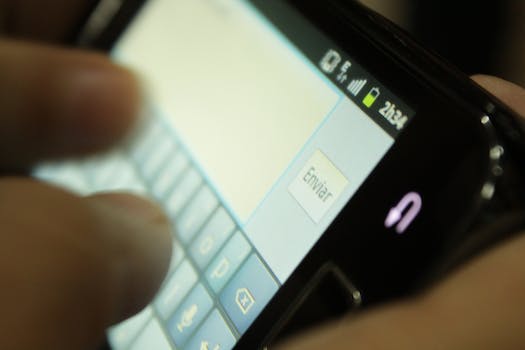 Apple is finally letting this speed-keyboard into the App Store

Formerly a jailbreak app only, Nintype is finally available for your iPhone.

“I live like a rat in my parent’s house, hardly ever going out and spending most of my time working on this keyboard.”

Meet Yose Widjaja, a Sydney, Australia software developer in his late 20s. The keyboard he’s talking about is called Nintype, and it’s now available for any device running iOS 8. Until recently, it was a popular (if unsanctioned) iPhone jailbreak modification for the past eight months.

And this software keyboard will leave you in the dust. It’s a keyboard that’s built for speed.

“You can use two hands. You can type way faster, and you don’t have to keep your finger on the keyboard throughout the word,” said Widjaja. “So it’s like a hybrid between normal peck-typing, combining pecks and slides to become a word, and it turns out it’s quite natural and easy to use.”

Writing with Nintype is akin to a two-handed touch-typing experience if the motion were scaled down to require just two fingers.The end result is rapid text input; the keyboard can get experienced users writing up to 100 words per minute.

Apple is a company that generally likes to keep its products protected from being “messed” with. Proprietary hardware cables, totally sealed devices, and software that follows fairly stringent rules are the norm. Those who want to and customize their iPhones like mad can jailbreak in order to skirt Apple regulations. This is the crowd that Widjaja went for at first, releasing Nintype as a mod for jailbroken devices.

Then came the surprising news that Apple would enable developers to build new software keyboards with the release of iOS 8, giving users new ways to input text. “Happy I was, but not for long, because, after trying it out they decided to make iOS run a separate keyboard instance for each app,” he said. “If you have Facebook, Messenger, Snapchat, and WhatsApp open, they’ll each have their own copy of the keyboard, which uses up separate memory.”

It’s a peeve that’s seen him send “really angry emails” to company executives Tim Cook and Craig Federighi about it. “I used the m-word or i-word on the emails (malicious or incompetent), and vented out about the terrible experience I had with developing the keyboard. About how ridiculous that a keyboard that ran on jailbreak managed to run much more easily on Android, but not on iOS 8.”

Regardless, Nintype is now available to all, no jailbreak required, but it’s hardly the only iOS 8 keyboard that’s built for speed. Ioannis Verdelis, COO and founder of Fleksy, built a keyboard that Marcel Fernando Filho used in May 2014 to set the world record for texting. (It was Filho’s second time setting the record that year, typing the sentences “The razor-toothed piranhas of the genera Serrasalmus and Pygocentrus are the most ferocious freshwater fish in the world. In reality they seldom attack a human,” in just 17 seconds.)

Verdelis was happy with Apple’s decision to let developers play with keyboards: “Since the introduction of the first smartphone, it has been clear that a better typing experience is very important … This is not only great news for iOS users, but for the broader ecosystem too. It brings validation to the whole problem domain, and allows companies to innovate and distribute their technologies on all leading mobile platforms.”

Fleksy’s speedier autocorrect suggestions are generated both by looking at the area you touch on the keyboard as well as the context of the sentence you’re typing. “This speed is further enhanced through the ability to use gestures to perform common functions, rather than adding taps (for example, swipe left to delete a whole word, swipe right to add a space, swipe down to scroll suggested words),” said Verdelis.

In getting Nintype up to code so it could sit in the App Store, Widjaja had a little updating to do before releasing his own keyboard to the App Store. “The API was more restrictive (e.g you can’t select words) so I had to change it a little bit[…] You used to be able to copy and paste from the keyboard as well, but that’s disabled for security reasons. Also, for some stupid reason third-party keyboards can’t play sound unless open access is enabled.”

Having to bow to Apple’s rules seems to sit uneasily with Widjaja, who sees better ways of doing things: “I tried to [bring up keyboard API problems] with Apple, but at this point I can only really hope [they’ll do anything to fix it]. I’ve done my due diligence by pointing these out. Maybe if my app gets even more popular they’ll listen more to me.”