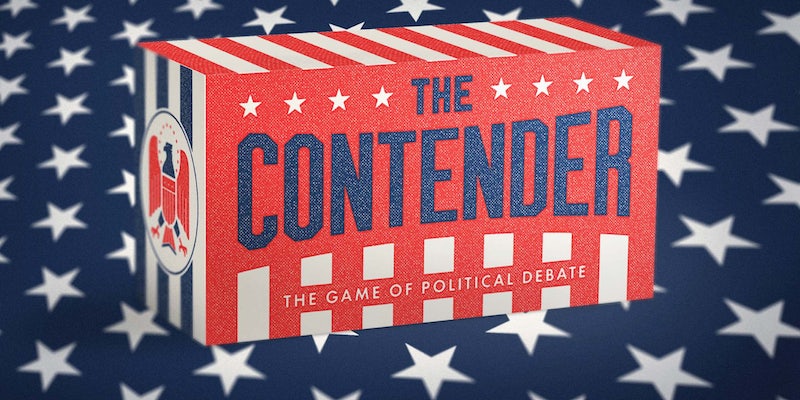 One look at these cards and you'll be jumping to buy your copy of the game.

The Contender, created by John Teasdale and Justin Robert Young and designed by Meg Paradise and Faun Chapin of Guts & Glory, follows the same basic premise as CAH. Everyone gets a set of cards and picks one to pair with each round’s prompt card. But unlike Cards Against Humanity, which asks players to construct the funniest response to a prompt, The Contender asks you to construct the best or funniest argument as part of a series of debate rounds. 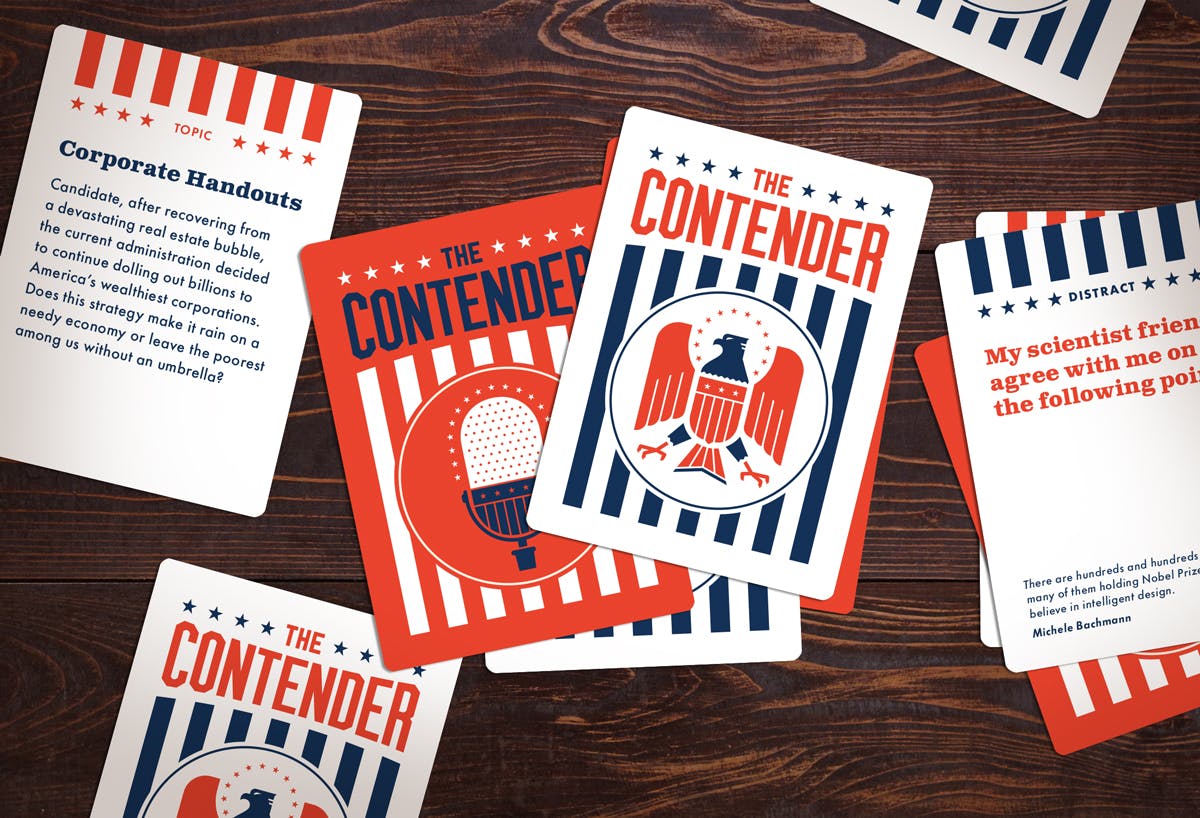 “From FDR to JFK to the immortal words of Sarah Palin, these are the personal jabs, forced compliments and glorious gaffes that make every four years the most blunderful moments in American politics,” the game’s website says. “Build the best combination of facts, attacks, and distracts to strengthen your position, tear down your opponents, and whip the voting public into a patriotic fervor.”

The deck looks beautifully designed, the sample cards shown in promotional imagery promise hours of uproarious fun, and the timing—released right before the first Republican presidential debate of the 2016 election—couldn’t have been better. Perhaps that’s why The Contender soared past its $15,000 Kickstarter goal and is currently sitting at more than $35,000 with 24 days of fundraising remaining.

Nearly 750 people have pledged to the campaign, which offers rewards like an extra deck of cards too inappropriate for the main 300-card box set and a collector’s edition with campaign buttons.

I think I just won @ContenderGame with this 1/2 punch for minority jobs pic.twitter.com/3KHy6NWAeU

Photo via The Contender