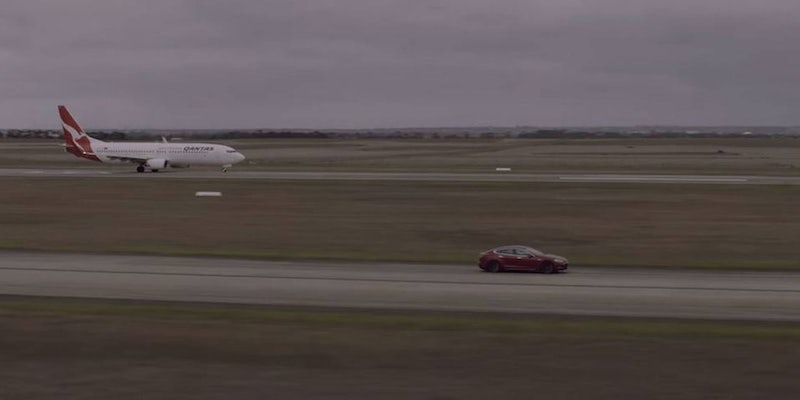 Tesla Motors posted a video on their Twitter account showing a Model S P90D racing against a Boeing 737—and winning.

The video looks like something right out of Top Gear, intense sound effects and all. It was shot at picturesque Avalon Airport in Melbourne, Australia, where two intensely focused pilots entered a 737 cockpit and readied themselves for a race against a Tesla Model S. 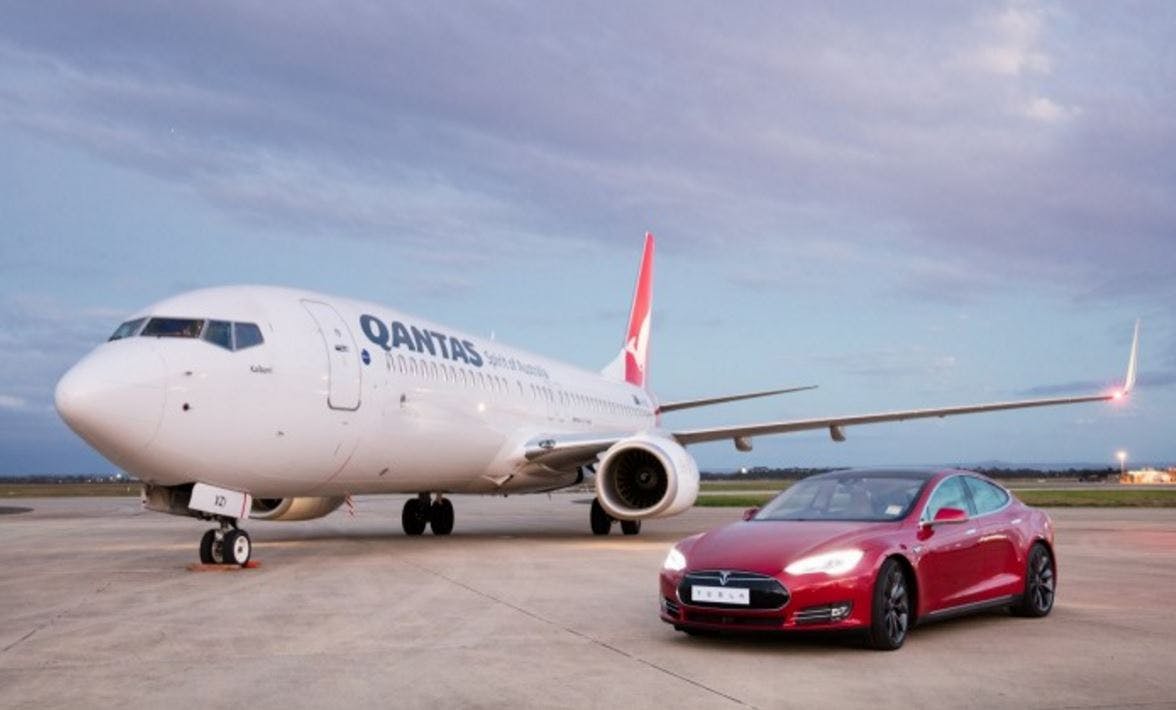 The car’s driver starts using all that fancy tech Tesla is known for to tune the P90D for airplane-racing, changing the driving mode to “sport” and acceleration to “ludicrous.” That Ludicrous Mode actually exists, and takes the Model S from 0 to 60 in 2.8 seconds.

All that tinkering paid off, with the Model S gaining an early lead against the 45-ton aircraft. The plane, which produces 50,000 pounds of thrust, began narrowing the gap, but the Tesla held on for the win. At least until the plane did what it was designed to do: fly.

The race was conducted to introduce a partnership between Tesla and Australian airline Qantas. According to Qantas’ website, the relationship will result in a number of benefits for Qantas and Tesla owners.

Given how far Tesla has come in the last few years, it’s somewhat surprising that the car didn’t take off alongside the plane. Until that happens, enjoy this video of some Aussie’s reaction to Ludicrous Mode.