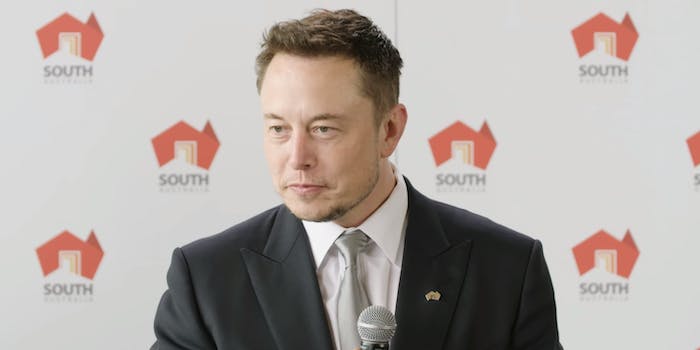 Two lawsuits were filed against the electric automaker in 48 hours.

Tesla is facing its second lawsuit alleging workplace discrimination in less than a week.

The lawsuit, first reported by the Guardian, claims former employee Jorge Ferro was fired in retaliation for seeking protection after he was taunted and threatened with violence by his supervisor for being gay.

“Watch your back,” a supervisor told him after mocking his clothes for being “gay tight,” according to the suit. Ferro reported the comment to his manager and was allegedly punished days after making a second complaint.

Human resources took away his badge, then claimed he was unfit to work because of a scar he’d received 16 years ago, “There’s no place for handicapped people at Tesla,” Ferro claims he was told. According to Ferro, his manager said he’d need a doctor’s note before returning to work, but the suit alleges that three days later, before he could retrieve one, he was fired.

“I knew that I had to stand up to make sure this did not happen to anyone else,” he told the Guardian.

Tesla denied and defended itself against the allegation in a lengthy statement, boasting, “There is no company on earth with a better track record than Tesla.” The company’s defense goes on to remind the media that claims against it will almost certainly receive attention as it’s “one of the most highly-reported companies in the world.”

“Second, in the history of Tesla, there has never been a single proven case of discrimination against the company. Not one,” the statement reads. “This fact is conveniently never mentioned in any reporting.”

After its attack on the media, Tesla addressed the lawsuit, claiming “it is not humanly possible to stop all bad conduct.” It said neither Ferror nor the person who allegedly discriminated against him were employed by Tesla and instead worked for a third-party contractor.

“Nevertheless, Tesla still stepped in to try to keep these individuals apart from one another and to ensure a good working environment.”

Tesla was hit with a similar but unrelated discrimination lawsuit on Wednesday. The complaint was filed by three former employees who allege they were subjected to racial abuse. The African-American men claim Tesla supervisors and workers drew racist graffiti and used racial slurs when addressing them. They claim they suffered daily harassment from coworkers who regularly used the N-word and told them to “go back to Africa.” The lawsuit claims Tesla failed to address their reports.

The “only somewhat relevant evidence we have found,” Tesla said, “is an email from Owen Diaz to his supervisor from October 2015 in which Mr. Diaz claimed that a co-worker was yelling and making aggressive comments. That email made no mention of the use of any racist language or epithets.”

In that case as well, Tesla clarified that the men were employed by a third-party staffing agency. The back-to-back lawsuits come just months after Elon Musk‘s company was sued by a former employee for allegedly ignoring her complaints regarding sexual harassment and gender discrimination. To make matters worse, Tesla recently fired hundreds of workers due to poor performance reviews.