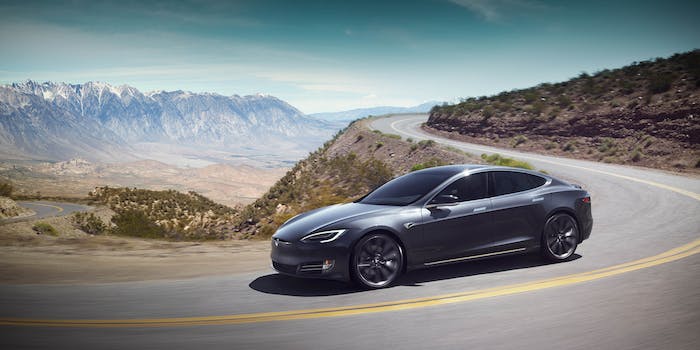 A Tesla recently crashed into the back of a firetruck, but human error may be a factor.

Tesla’s Autopilot technology is not yet a fully developed replacement for a human driver—but humans behind the wheel sometimes have trouble understanding that fact. It may have been a factor in one of the latest Tesla crashes, in which an Autopilot-engaged vehicle collided into the back of a firetruck in Utah.

While the National Highway Traffic Safety Administration is still investigating the incident, the local South Jordan, Utah, police department has already shared a report on its findings. Police said the driver was treating Autopilot like a true autonomous system and disregarding some of the vehicle’s safety warnings. From the report, via Electrek:

The vehicle registered more than a dozen instances of her hands being off the steering wheel in this drive cycle. On two such occasions, she had her hands off the wheel for more than one minute each time and her hands came back on only after a visual alert was provided. Each time she put her hands back on the wheel, she took them back off the wheel after a few seconds.

The driver had her hands off of the steering wheel until shortly before the crash took place. The driver also admitted to looking at her phone at the time of the incident.

“When using Autopilot, drivers are continuously reminded of their responsibility to keep their hands on the wheel and maintain control of the vehicle at all times,” a Tesla spokeswoman told the Wall Street Journal in a statement. “Tesla has always been clear that Autopilot doesn’t make the car impervious to all accidents.”

It’s super messed up that a Tesla crash resulting in a broken ankle is front page news and the ~40,000 people who died in US auto accidents alone in past year get almost no coverage https://t.co/6gD8MzD6VU

While we await the NHTSA’s conclusions on this particular Tesla crash, it seems clear that a major problem here isn’t necessarily with Autopilot itself, but rather with consumer perception of the technology and their responsibilities behind the wheel. Vehicles with semi-autonomous driving modes are not the same as fully autonomous vehicles—while they can take over a handful of driving functions, like speed modulation, steering, and accident avoidance—they aren’t perfect. Drivers still need to keep their hands on the wheel, and their eyes up the road. If you want to check your phone during your trip, you should stick with the only safe option to do so: public transit.