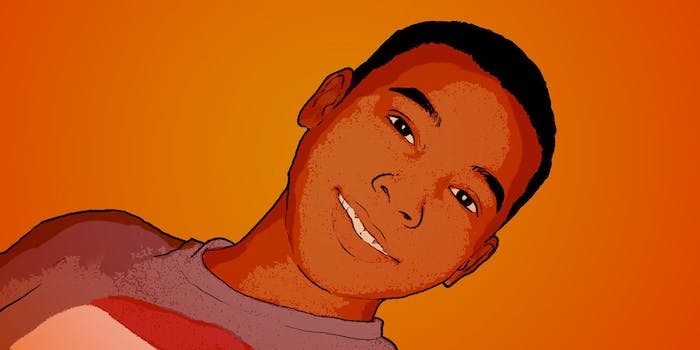 "I don’t want my child to have died for nothing."

The family of Tamir Rice is not giving up.

Last month, a grand jury issued no indictment in the death of Rice, a 12-year-old who was shot by a Cleveland, Ohio, police officer in November 2014. Rice was playing in a neighborhood park with a toy handgun that mimicked the look of a real firearm when two officers arrived on the scene and one shot him.

The case became famous due in large part to the release of surveillance footage that showed Officer Timothy Loehmann firing his gun twice at Rice within seconds after exiting his patrol car. The grand jury found that Loehmann and fellow officer Frank Garmback, who was driving the cruiser, broke no laws in the confrontation with Rice.

“It would be irresponsible, and unreasonable, if the law required a police officer to wait and see if the gun was real,” Cuyahoga County Prosecutor Timothy McGinty said during a Dec. 28 press conference. McGinty said Officer Loehmann “had reason to fear for his life.”

“I don’t want my child to have died for nothing, and I refuse to let his legacy or his name be ignored.”

With the help of Black Lives Matter organizers and civil rights attorneys, Rice’s family has vowed to continue its battle to hold the officers accountable—though they face an uncertain and difficult road ahead.

“I don’t want my child to have died for nothing, and I refuse to let his legacy or his name be ignored,” Samaria Rice, Tamir’s mother, said in a statement. “We will continue to fight for justice for him, and for all families who must live with the pain that we live with.”

As part of the Rice family’s efforts, Tamir’s cousin Latonya Goldsby is campaigning for a special prosecutor. Her Change.org petition has reached more than 117,600 signatures, as of the morning of Jan. 4.

Following the grand jury’s decision, the U.S. Department of Justice announced that its Civil Rights Division and the Federal Bureau of Investigation would conduct an a federal investigation into Rice’s death.

“We will continue our independent review of this matter,” the DOJ said in its statement, “assess all available materials and determine what actions are appropriate, given the strict burdens and requirements imposed by applicable federal civil rights laws.”

Subodh Chandra, a civil rights lawyer for the Rice family and managing partner at Chandra Law Firm in Cleveland, said the family and their attorneys have requested that the DOJ review prosecutor McGinty’s handling of the grand jury process.

“At this point it appears there will be no criminal justice for the Rice family,” Chandra told the Daily Dot, “certainly [not] through the state court system.”

Chandra believes McGinty engaged in a 13-month effort to orchestrate the grand jury’s no-indictment decision and to use the grand jury as a way to avoid personal accountability.

“It’s very important for the public to understand that the Rice family was deprived of a fair, criminal justice process by the Cuyahoga County prosecutor,” he said. “The Rice family is devastated by this. Samaria Rice wept when she heard the results, and it’s very difficult to accept this kind of injustice, but it’s the reality the Rice family is facing right now.”

Chandra accused McGinty of giving the two officers special treatment and said “he threw the case” by not taking any steps to ensure that the officers were cross-examined. For example, Chandra said, the prosecutor allowed the officers go before a grand jury to read pre-written statements while under oath and then, as Cleveland.com reported, invoked their Fifth Amendment right against self-incrimination to evade further questioning.

Once any witness goes under oath, he or she is subject to cross-examination. “The purpose of cross-examination is critical to our system of justice. It is designed to test the truth,” Chandra, a former federal prosecutor and prosecuting attorney in Cleveland, said. “We don’t let people go in and make self-serving statements [under oath] and leave without taking any questions designed to oppose whether what they said is true or not.”

“An example of facts they ignored was the fact that the officers rushed upon the child and fired immediately, and let him lay bleeding and dying on the ground,” Chandra said. “That apparently was unimportant to the so-called experts.”

The officers said they weren’t aware that the gun was fake and that Rice was a child. Both independent reports released by McGinty and a third report by the Ohio Highway Patrol said Loehmann acted within the definition of “reasonableness.”

“According to the Supreme Court, the standard that must be used to evaluate a law enforcement officer’s use of deadly force is one of objective reasonableness,” reads one of the reports released by McGinty’s office. The report was written by Kimberly A. Crawford, a retired supervisory special agent at the FBI.

“Officer Loehmann’s use of deadly force falls within the realm of reasonableness under the dictates of the Fourth Amendment.”

“The question is not whether every officer would have reacted the same way. Rather, the relevant inquiry is whether a reasonable officer, confronting the exact same scenario under identical conditions could have concluded that deadly force was necessary,” the report added, concluding that “Officer Loehmann’s use of deadly force falls within the realm of reasonableness under the dictates of the Fourth Amendment.”

The other report, written by S. Lamar Sims, senior chief deputy district attorney for Denver, Colorado, concluded “that Officer Loehmann’s belief that Rice posed a threat of serious physical harm or death was objectively reasonable as was his response to that perceived threat.”

Elle Hearns, central region coordinator at LGBT rights non-profit Get Equal and strategic partner at Black Lives Matter, says it is important for activists to help the Rice family in their pursuit against the officers.

“I think that the specific next steps are really making sure the movement, the organizers, [and] activists are fighting with the same amount of vigor as Tamir’s mother,” Hearns, who organized the #YearWithoutTamir call to action in November, told the Daily Dot.