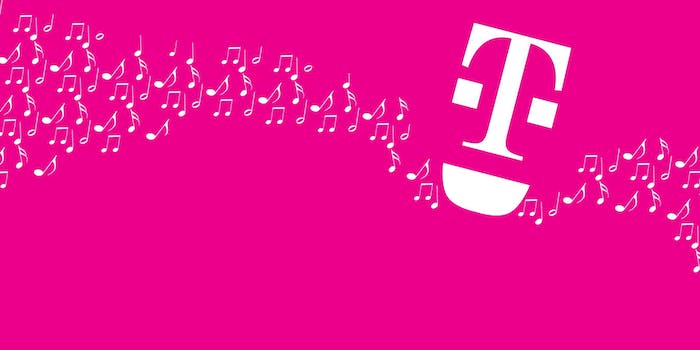 If you call yourself the "uncarrier," you better do something different.

When you’re the underdog, why not make your own rules? T-Mobile announced that it will continue support for its special “Music Freedom” initiative, which exempts many streaming music apps from counting toward a subscriber’s data cap. Starting today, the carrier has added six streaming music services to the stable of apps spared from LTE data overage fees: Rdio, Songza, Grooveshark, AccuRadio, Black Planet, and Radio Paradise.

The new apps will join Spotify, iHeartRadio, iTunesRadio, Pandora, Rhapsody, Samsung Milk, and Slacker on the carrier’s all-you-can-hear data buffet. T-Mobile introduced the plan earlier this year at one of its “Uncarrier” events.

According to T-Mobile, subscribers are now streaming 5 million more songs a day compared to numbers prior to the Music Freedom plan’s launch. Some critics have rightfully raised concerns that giving one form of data a special status—in this case, making streaming music data free—sets a dangerous precedent that flies in the face of net neutrality, but for now, T-Mobile subscribers aren’t complaining. The carrier stated that it plans to add Google Play Music later this year, but don’t expect to see Apple-owned Beats, cozy with AT&T from the start, showing up any time soon.