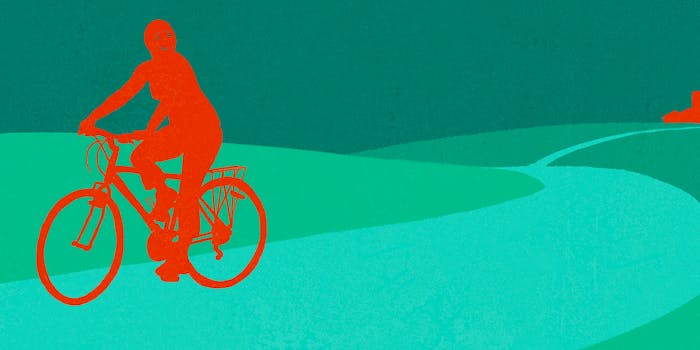 I had the most fun at SXSW nowhere near SXSW.

The muddy red roads and rolling hills smattered with budding flowers in Bastrop State Park, 45 minutes outside of Austin, Texas, stood in stark contrast to the debauchery and startups on display during the South by Southwest Interactive (SXSW) festival last weekend.

Each year during spring break, thousands congregate in downtown Austin to network with peers in the tech industry, trying to give away free swag and convince attendees to download new apps. Dogs roam the streets as cute live advertisements for startups, and people stand in lines for performances or meet and greets often longer than the time spent enjoying them.

It can be an overwhelming few days, especially with a schedule full of meetings that turn into happy hours that turn into dance parties. So this year I did something different. Avoiding events like the Grumpy Cat mixer, an app’s weird banana meet up featuring famous Snapchatters, and every single tech party, I instead pursued things I was actually interested in doing. 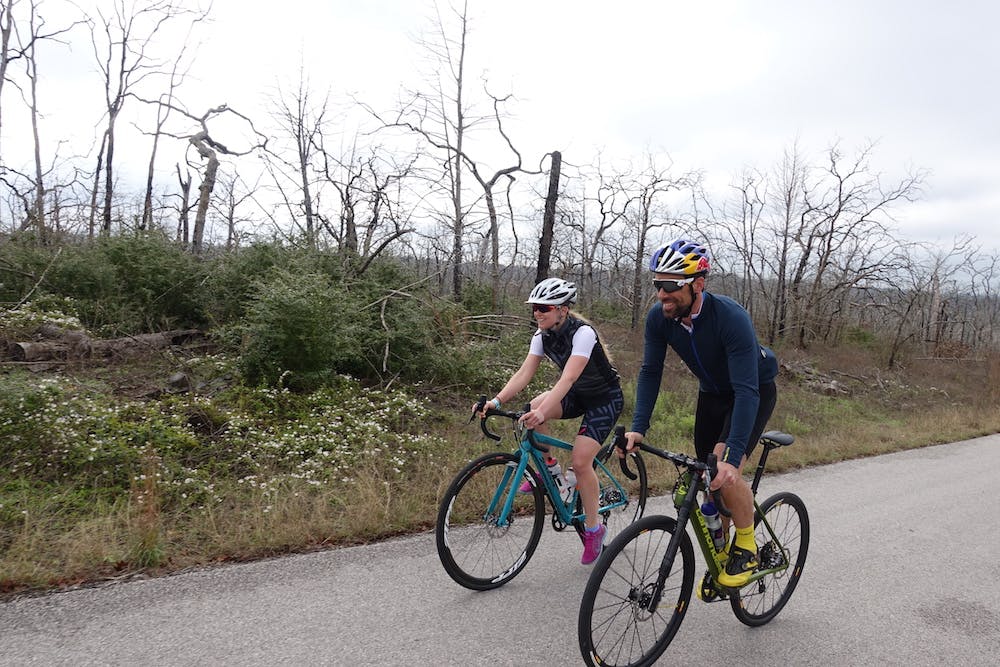 I met a group of nine cyclists outside a downtown Austin hotel at 7 a.m. on Saturday morning, and realized with a wave of intimidation that the men I’d be riding with were actual pros, including Mark Shaw, cofounder and CTO of cycling and fitness tracking app Strava, and professional cyclist Tim Johnson.

The ride was hosted by Adobe and digital product and marketing firm Huge. Adobe hosts long bike rides regularly at conferences around the world to provide people with an active alternative to corporate meet ups that consume events, and bring together individuals with similar interests to do something beyond imbibing in cocktails and tacos.

“We host the rides because we recognize our customers, partners, and prospects all have insanely busy schedules between work and travel and they don’t have as much time to enjoy their passions,” Ben Rabner, head of experiential marketing at Adobe and creator of the program, said. “We want to help them by providing a beautiful intersection of their passion, business, and community.

“There is a trend towards improving health habits to help balance the crazy work life. Cycling is becoming the new corporate meeting as people are preferring to get up early and go for a ride. Our rides are not races, but a comfortable pace to enjoy a chat.”

The guys and I piled into a coach that took us to Bastrop, where we met up with about 20 other people for the Open the Road Tour, an event from bike parts maker SRAM. The company is on tour throughout the U.S. showcasing its new cycling component, 1x, single chainring drivetrains.

As I stood in a foggy parking lot next to a table piled with bananas and donuts, waiting to get on my cross bike upon which I’d be riding through gravel and on the road, I realized I was about 45 miles outside of my comfort zone.

Kate Powlison, road brand manager for SRAM explained we would be cycling about 42 miles through the state park. I was the only one in sneakers, and appeared to be the lone attendee who had never done something like this before.

I was so unprepared, I had to borrow biking clothes from Jen Agan, the organizer of Open the Road. (Thanks, Jen! You saved me.) However, I was assured that if I wanted to quit, I could jump in the truck that would be following us.

We geared up to ride, and cyclists activated their Strava apps. Strava, the social fitness tracking app, monitors your location and activity and enables you share it with friends, and add notes, photographs, or other information about the route. The data collected from Strava is being used to improve city planning and transportation, and create more bike-friendly cities.

Big data efforts like those from Strava and other fitness tracking apps can provide insight into how people engage with their cities, and the impact things like commute time or stress have on the community.

Departments of transportation and advocacy groups use Strava Metro to get aggregated and anonymized data about where people cycle and run, identifying patterns around popular routes or commutes. Strava also provides a heatmap visualization of the data for free that anyone can access.

According to Strava, we biked about 60 kilometers through the park in just under three hours. We had to cut the ride a bit short so the Strava guys could make it back downtown in time to prepare for a panel. A few short hours after the ride ended, Shaw and Johnson joined Strava global brand manager Andrew Vontz and SXSW Interactive’s Kelly Krause to talk about how crowdsourced data can help improve city infrastructure.

Being covered in mud and blood, flying downhill at (terrifying) speeds, and riding straight through giant, gravelly puddles, is an atypical networking event, but it’s one that serves as something of an equalizer. Despite everyone in attendance coming from different backgrounds, companies, roles, or industries, they all had one thing in common—the love of cycling.

Beyond the business, cycling provides unique shared experiences that bond the individuals you’re riding with. At one point, we had to pause and let a longhorn bull pass to avoid getting gored, which is a scenario I’m guessing no one in downtown Austin experienced that day.

The trend of cycling usurping golf as a leisure activity in the business world is documented with increasing frequency. And the popularity of cycling is growing—between 2002 and 2013, the number of people getting a cycling license increased 76 percent, Business Insider reports.

“Great inspiration abounds on bike rides,” Rabner said. “Referencing where he first envisioned his Theory of Relativity, Albert Einstein said, ‘I thought of that while riding my bike.’ There are a myriad of metaphors between cycling and business. At the office we all have to collaborate and work cross-functionally to conquer big hairy challenges. On the bike you also share in that bond as you ride together over a climb or share the workload by taking turns riding at the front so others can ride behind and conserve energy as the front rider breaks the wind so others can draft behind.”

Although I had never ridden more than five miles on a bike prior to our adventure, the cyclists welcomed me with open arms. Rabner and Johnson took turns assisting me up the steep hills, riding beside me and coaxing me and my bike successfully to the top. Intimidation turned to admiration as all the people I rode with supported me somehow along the way.

And I never got in the truck. 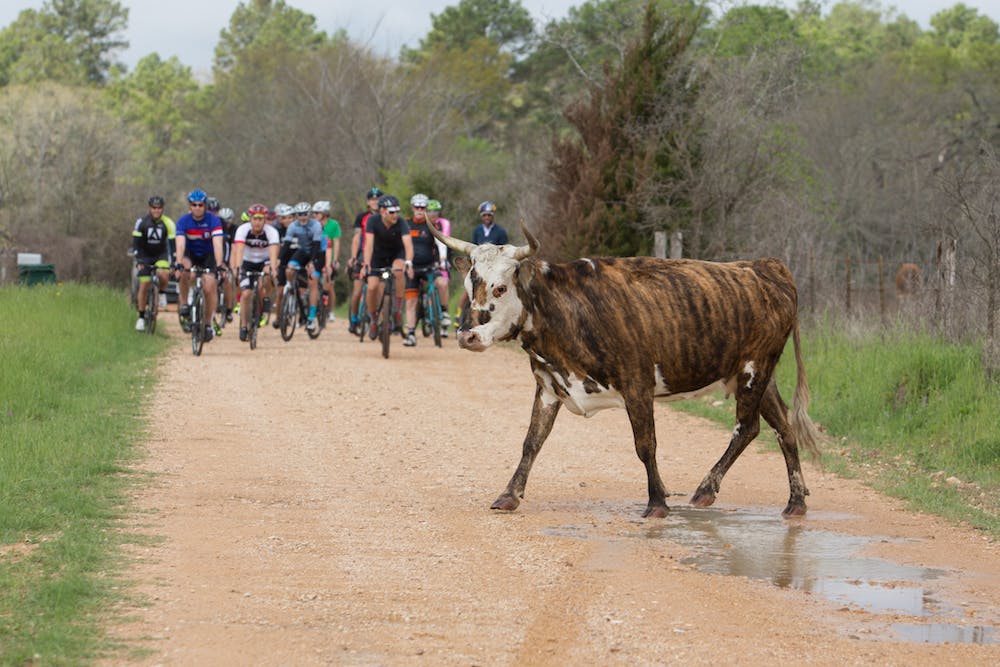 Though it’s a fun activity to sweat out a few hours during a stressful tech event, the idea of cycling as a business strategy session or gab fest includes two considerable barriers to entry.

Of all the cyclists, just three were female, including myself (a reporter) and Powlison (the host), and most of the attendees were white. And I found out that in order to pursue my newfound love for cycling when I got back home, it would cost an initial investment of at least $1,000—likely much more—a steep price to join an industry peer group.

Golf has always been a man’s game, so it’s not surprising that the sport to take its place in the corporate world would be similar. Women ride bikes considerably less often than men. A 2014 study showed that in public bike share systems, women accounted for just 24 percent of member trips. In racing, the gender gap is greater: In 2013, the USA Cycling membership base was just 14 percent women.

It was around 2 p.m. by the time we got back to the hotel, and yet even after biking almost 40 miles after a rough night of sleep, I felt more energized than I had in days. I began to understand what Rabner meant when he said creativity and inspiration can be found on a bike.

The journey through Texas roads avoiding longhorns and summiting steep hills was much more invigorating than wandering downtown Austin, ignoring brands and sipping tea. And I returned in time to catch a panel about breakthroughs in neuroscience that are giving a paralyzed man the ability to move again.

It turns out there’s a lot more to SXSW than an obvious thirst for relevance and a first-class ticket on the hype train. This weekend, it was best seen from a distance.