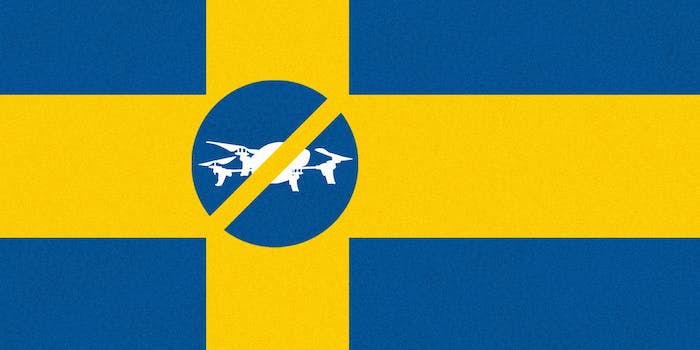 Thousands of jobs are at risk.

Sweden’s high court just issued a total ban on drone photography, unless it is being used by police or law enforcement to prevent crime.

The court argued that all camera-equipped drones count as surveillance devices capable of capturing images far beyond the reaches of a human photographer, and therefore will require a permit obtained with proof that the user is only filming their own property.

The ruling likely means anyone who makes a living from drone photography, from wedding photographers to journalists, will no longer be able to do so.

Industry group UAS Sweden has criticized the ruling, which it said “strikes against an entire industry” that employs thousands and contributes billions in krona to the economy.

Over 20,000 drone units were sold in Sweden in 2014, and it is likely those that use the hardware to make a living in filmmaking and aerial photography now face an uncertain future.

The announcement was met with confusion online, as shocked and outraged drone enthusiasts and professionals across the country reacted to the news that they’d been grounded.