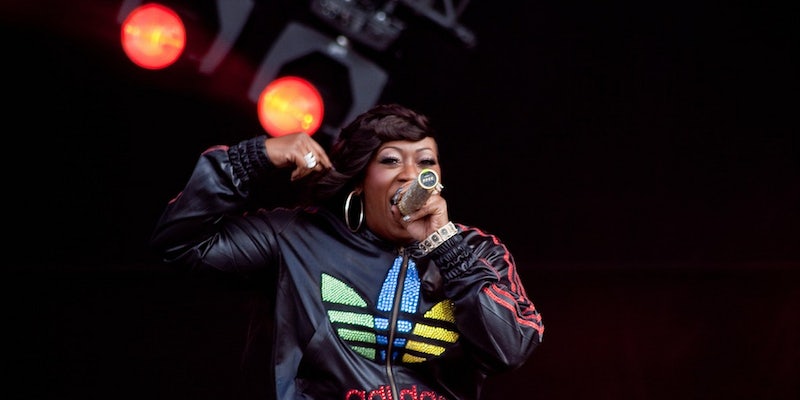 Super Bowl XLIX has its share of winners and losers: Katy Perry, #brands, the blue and green team, and the other one or whatever. But if there’s one thing we love more than the rightful phenomenon now known as Left Shark, it’s Missy “Misdemeanor” Elliott.

The acclaimed hip hop artist might have had her heyday in the late 90’s and early oughts, but she busted into Katy Perry’s Super Bowl halftime more fiercely than the batshit-cool animatronic lion monster that Perry rode in on—and that says something.

Elliott’s 2005 hit “Lose Control” shot up with a 1,396 percent increase in streaming frequency, followed by “Get ur Freak On” (922 percent) and “Work It” (896 percent). meanwhile, Katy Perry’s ode to same-sex escapades with cherry chapstick saw a 94 percent boost from the performance.

Tbh I didn't realize how much I was missed til last night.I'm crying y'all 4give me I just can't stop thanking God & y'all

Missy Elliott’s sudden Spotify fame could be a result of young or otherwise misguided Super Bowl viewers unfamiliar with her long tenure as The Best. Or, if my living room was any indication, longtime fans might have taken the halftime reminder as an excuse to queue up 1997’s “The Rain [Supa Dupa Fly]” on repeat.