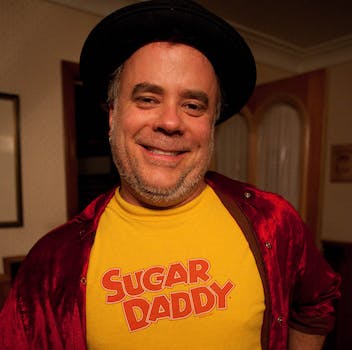 The best way to impress people who think money is impressive, apparently, is to buy an entire city.

Like any site looking to reinvent itself, SugarDaddie.com—the online dating hub, for, well, sugar daddies—is desperate for a hip, witty promotional campaign. Something to get the single rich white guys chatting as they browse the morning financial news on their gilded iPads. And the best way to impress people who think money is impressive, apparently, is to buy an entire city.

Spurned by a small town in Texas, SugarDaddie is now flashing its money at timid Woodside, California, a pretty town just outside San Francisco, with mountain views and tree-lined streets and a population of wealthy Silicon Valley commuters who could probably all be potential SugarDaddie customers. Famous residents include Oracle CEO Larry Ellison, Intel cofounder Gordon Moore, and music legend Neil Young.

The dating service will hand more than $11 million to Woodside in exchange for switching its name to SugarDaddie.com for 10 years—as well as a few other requirements. NBC Washington reports that the town will have to make a few changes, namely:

Local government officials must present Steven Pasternack, CEO of SugarDaddie.com, with a key to the town in a formal ceremony.

And last but certainly not least, a statue near Town Hall must be built of Hugh Hefner or another public figure who best represents the sugar-daddy lifestyle.

Mountainside has yet to reject the offer. When they do, SuggarDaddie will move on. Pasternack told NBC he already has his eyes set on another prize: Sugar City, Colorado. But whether or not  some poor city succumbs to his moneywad charms in the end, history will certainly judge him poorly.

In other words, the best naming rights are those that are given, not bought. Though I guess that’s not something we should expect the CEO of SugarDaddie.com to really grasp.

Update: Spurned by Woodside in mid-March, Sugardaddie.com has taken its $10 million offer across the country to New Canaan, Conn., an affluent New York City suburb that’s home to astronomical gas prices and about a million cashmere sweaters.

New Canaan representative Rob Mallozzi told The New Canaan Advertiser that he hasn’t heard from anyone at the dating site quite yet, but CEO Steven Pasternack seems hellbent: “We are very serious about branding the city and giving birth to the first dating site-sponsored city in America,” he said. “We thought it would be a great way to get the word out about our 10 year anniversary, and to be a permanent part of the rich history of New Canaan, Conn.”

The company has also tried Sugar Land, Tex., a suburb of Houston, obviously to no avail.