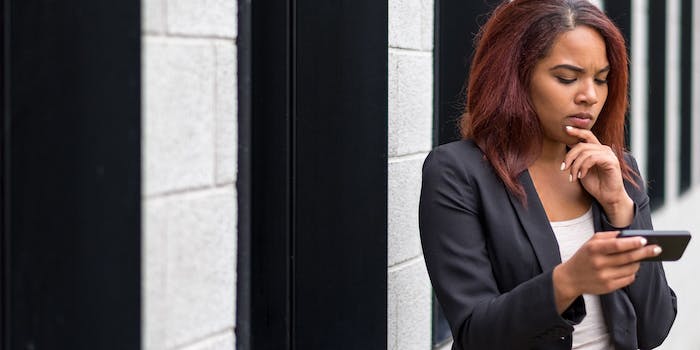 The next time you think about throwing shade with a subtweet, know that people might look upon you a little less favorably. Researchers Autumn Edwards and Christina Harris investigated how people interpret subtweeting, and found that readers find subtweets, and their tweeters, unlikable. Their research will be published in Computers in Human Behavior.

Subtweeting may have begun on Twitter—so-called “subliminal tweeting,” or tweeting about people without actually mentioning a name or Twitter handle. But the subtweet also lives on Facebook, Snapchat, Tumblr, Instagram, and every other social site. Your readers, and the person you’re talking about, know who you mean, even if you’re not calling them out directly.

This act of tweeting about someone without name-dropping is common on Twitter, but your followers, and anyone else who sees your tweets, will probably judge you.

Researchers said students rated subtweets less socially competent as a whole, causing a less favorable impressions of the tweeter. Further, students had better impressions of positive tweet writers, especially those who named a subject instead of subtweeting about them.

Negative tweets were interpreted a bit differently—people look less favorably on someone when they mention a subject in a negative tweet, directly calling them out, versus passive-aggressively tweeting by not using a name.

Although negative subtweets may be viewed as passive aggressive or bullying communication, participants preferred them to direct negative posts. Therefore, there was an impression-related benefit to obscuring the identity of the target when the post was negative. The benefit is likely magnified on SNSs because the audience of hearers is public and includes both onlookers and the subject of anti-locution.

It appears people generally prefer to see positive content, whether people are named directly or not. But if you do want to throw a little negativity into your timeline, mentioning someone outright might make people look even more unfavorably upon it.

Unless, of course, you don’t care what people think about you. You know who you are.