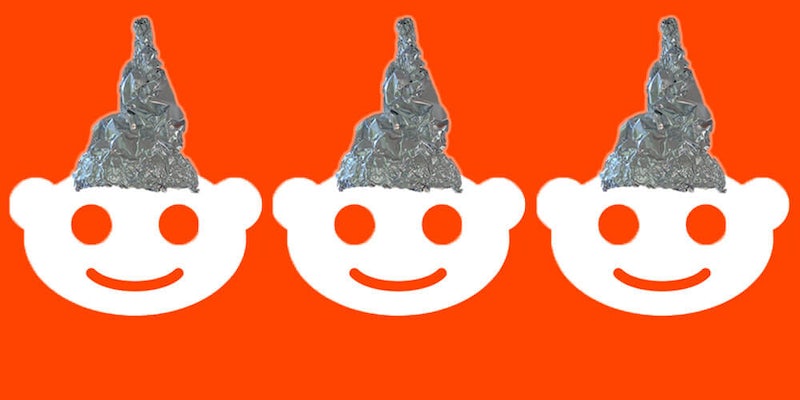 Researchers in Australia have released a study on conspiracy theorists based on eight years worth of posts from Reddit.

Published on Monday, the peer-reviewed study followed the histories of 15,370 users to discover how they became active members in Reddit’s highly-popular r/conspiracy forum.

The team also followed an additional 15,370 users who did not become involved in conspiracies on the platform to determine the differences between the two groups.

The study suggests that modern views of conspiracy theorists may not be accurate. Analysis of the language used by both groups found that conspiracists are no more hostile than other users and do not exhibit increased signs of mental illness or negative emotional states.

Before joining r/conspiracy, many of the Reddit users were found to often use language surrounding crime, government, deception, terrorism, and power. The researchers also found that the conspiracy group rarely used words associated with friendship or optimism, “suggestive of alienation rather than positive bonding.”

The conspiracy group was also extremely descriptive, using an average of 20,599 words as opposed to just 8,082 from the control group. They were much more likely to appear in the popular r/politics subreddit, given that debate appears to be “especially attractive to users who go on to post in r/conspiracy.”

Subreddits categorized by the researchers as “Drugs and Bitcoin” and “Toxic Reddit,” described as forums with “fringe ideas of many kinds,” were also filled with the conspiracy users at a rate much higher than the control group.

The study concludes that language can help predict whether a user will eventually become active in the r/conspiracy community.

“Large-scale data analyses of online forums can shed light on how and why people engage with conspiracy theories,” the study says. “Results from analyses of what Reddit users post and where show that there are consistent language use differences between users who will eventually become engaged in a conspiracy theory forum compared to similar users who do not.”

The researchers also note that while participation in conspiracy forums may enhance a user’s “conspiratorial leanings,” many users naturally gravitate toward such subreddits given that they amplify their existing biases.