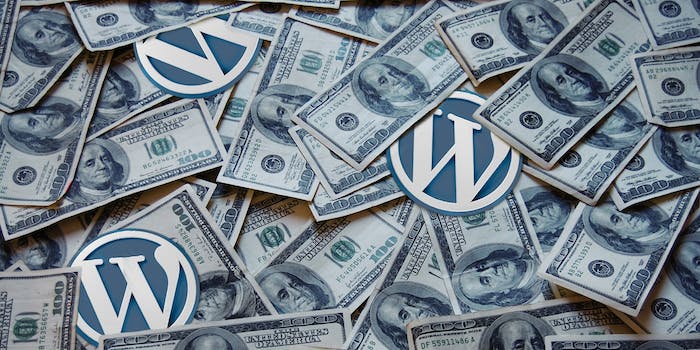 Photo via Jericho/Flickr (CC BY 3.0) | Remix by Fernando Alfonso III

The Internet is riddled with instances of someone falsely claiming they own a copyright on something they don’t, effectively censoring it using the U.S.’s controversial Digital Millennium Copyright Act (DMCA).

But in a much rarer phenomenon, a victim has successfully sued back. The issuer of the DMCA takedown request, Nick Steiner, spokesperson for the anti-gay group Straight Pride U.K., has been ordered to pay $25,084 for the bad-faith claim, thanks to a lawsuit from the owner of WordPress, Automattic.

The DMCA is structured to provide “safe harbor,” or legal immunity, to websites whose users may be uploading copyrighted material, provided that company quickly removes such content when presented with a legal takedown order. So, plenty of companies that own content—those that own the copyright to movies, or software, or music—pepper the Internet with automated takedown claims, which are rarely contested in court. As TorrentFreak has noted, this enables absurd phenomena like a German record company threatening to sue a host of websites if they don’t take down posts that prominently display the word “coffee.”

The case began with Oliver Hotham, an independent journalist who posts his stories to his WordPress site. Intrigued by a BuzzFeed post about Straight Pride, which quoted the group’s claim that “homosexuals have more rights then [sic] any sector of society,” Hotham contacted Steiner for a story, then published his response, a press release, on his blog. As Hotham would later recount, Steiner proceeded to threaten him with a DMCA takedown if he didn’t take down that release. Automattic decided to take sue Hotham, claiming he’d issued a takedown in bad faith.

“Straight Pride are such a bunch of hateful idiots that they’re a great villain in the story,” Hotham told the Daily Dot.

Automattic sees scores of automated DMCA requests—some 600 a month, and rejects about one in ten as being in bad faith. So why doesn’t it, or other sites make more of a habit of suing sites their users’ behalf? Simply put, it costs money.

“The lawsuits were very time consuming and expensive to bring and Automattic will likely never collect on the judgment,” Paul Sieminski, General Counsel at Automattic, told the Daily Dot in an email. He referenced another lawsuit over a DMCA claim, Retraction Watch, which were the two the company chose to fight over.

“There are no immediate plans to sue over others. Automattic wanted to see how these played out first,” Sieminski said.

The Daily Dot attempted to reach out to Steiner for this story, but the registration on his site has expired and his former Twitter account has been taken over by pro-LGBT users.

Update: This story has been updated to include comment from Automattic and figures from its transparency report.