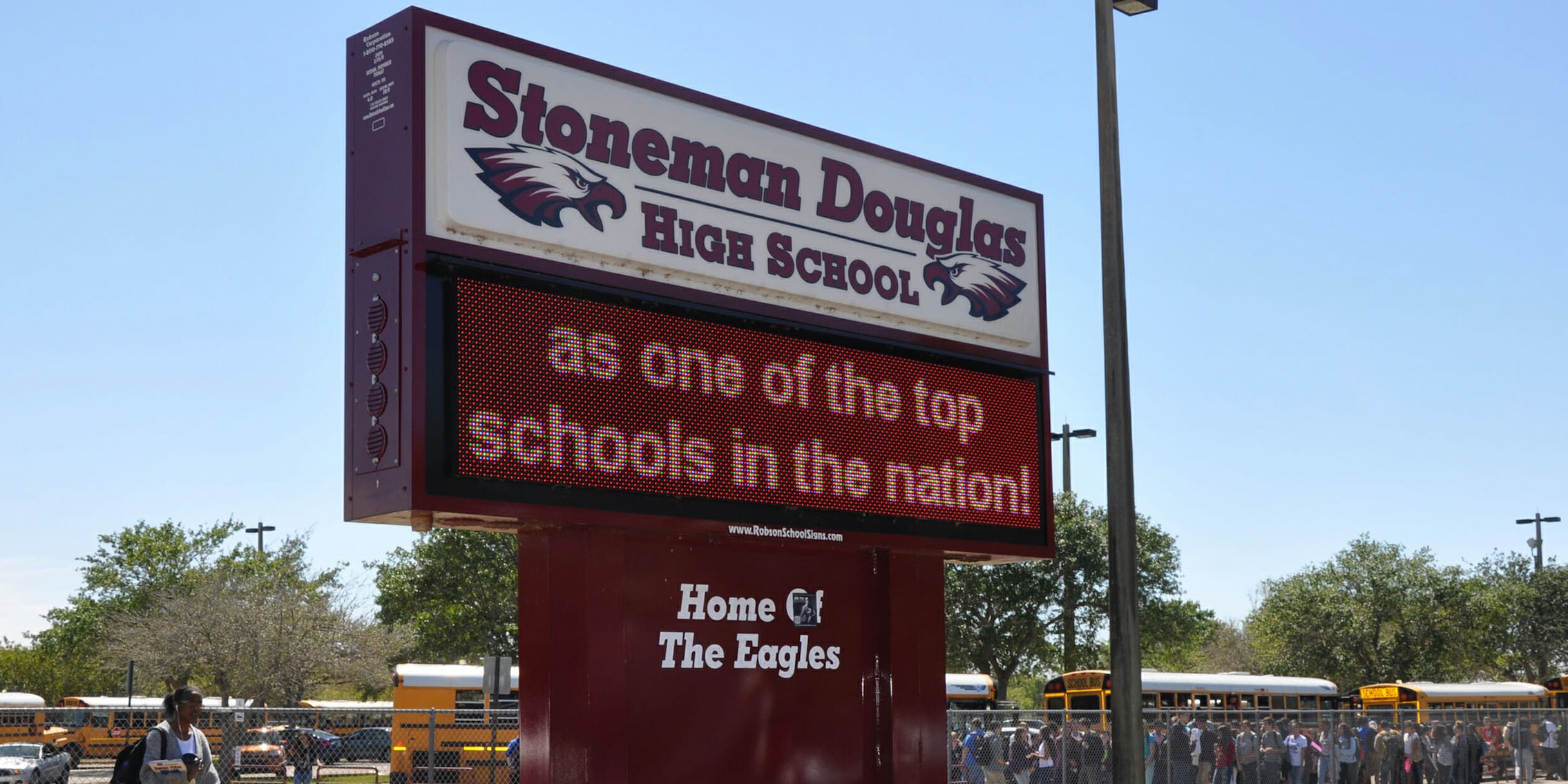 The FBI and the Broward County Sheriff’s Department are investigating the crime scene and investigators are “dissecting” Cruz’s social media and websites. Cruz was charged with 17 counts of premeditated murder on Thursday.

Aerial footage from the school showed a number of people being treated for injuries on the ground outside of the school, CNN reports as students posted about sheltering in place.

Israel confirmed the Cruz is not a current student but attended the school in the past. The suspect is believed to be approximately 18 years old.

According to a math teacher, Cruz has previously been banned from being on campus with a backpack.

The Coral Springs Police Department said students were asked to remain barricaded inside the school and that police were still clearing the school as of 4pm CT.

A reporter for CBS Miami spoke with a student via text message who said there was a “really loud noise” and students were “crying in the closet.”

#BSO is working a developing incident regarding a report of active shooter located at 5901 Pine Island Rd, Parkland. Here's what we know so far: deputies are responding to reports of a shooting at Stoneman Douglas High. There are reports of victims. PIO will be on scene 3:15pm.

A student told WSVN they heard a fire alarm for the second time on Wednesday. When they were walking down a stairwell they heard gunshots. The student said her teacher tried to lock the door and was shot when he was closing the door.

“The door was left open the whole time,” she said, later describing the scene as the shooter was nearby: “As he walked by the door was open. He could have walked by at any time. We just had to be as quiet as possible.”

President Donald Trump is aware of the shooting.

“The President has been made aware of the school shooting in Florida. We are monitoring the situation. Our thoughts and prayers are with those affected,” the White House said in a statement.

Trump also tweeted about the incident shortly before 3pm CT.

Just spoke to Governor Rick Scott. We are working closely with law enforcement on the terrible Florida school shooting.

In a statement, Press Secretary Sarah Sanders said that “We continue to keep the victims, and their friends and family, in our thoughts and prayers.”

This is a developing story and will be updated.