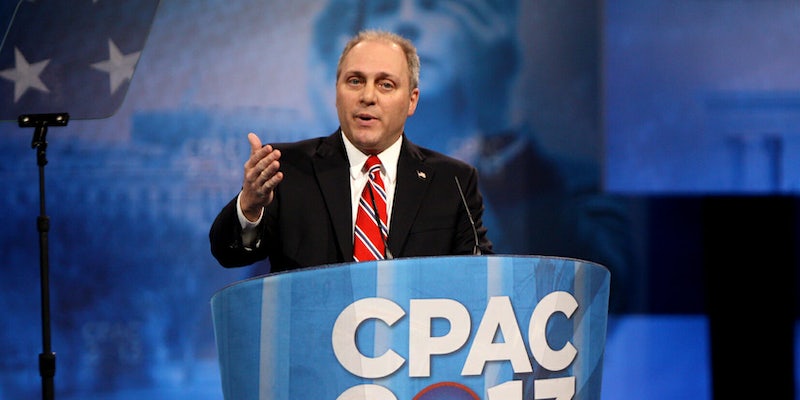 Steve Scalise doesn’t realize his own party is the one demanding Trump Jr. testify

That’s because—as many people quickly pointed out—it wasn’t Democrats who subpoenaed the president’s son for his testimony, it was the Republican-controlled Senate Intelligence Committee. The committee has been investigating Russian interference in the 2016 election for years.

“You can’t make this stuff up: Democrats are subpoenaing @DonaldJTrumpJr based on the testimony of Michael Cohen–a man who lied to Congress multiple times. This is how low they are willing to sink to harass @realDonaldTrump & his entire family. The #MuellerReport is done. Move on!” he wrote.

The tweet was later deleted, but not before being noticed by people online.

Took only a few days for Richard Burr to become a Democrat. https://t.co/G9Jnxvyv70

you can, apparently, “make this stuff up”

Richard Burr is not a Democrat https://t.co/5jRO5UngWr

Actually it appears you can just make stuff up, because a Republican committee subpoenaed @DonaldJTrumpJr, not “Democrats.”

Allies of the president’s son reportedly have pressured Republican lawmakers to push against the committee’s decision to subpoena him, according to the New York Times.

CNN reports that Trump Jr. is considering invoking his Fifth Amendment rights in response to the subpoena.