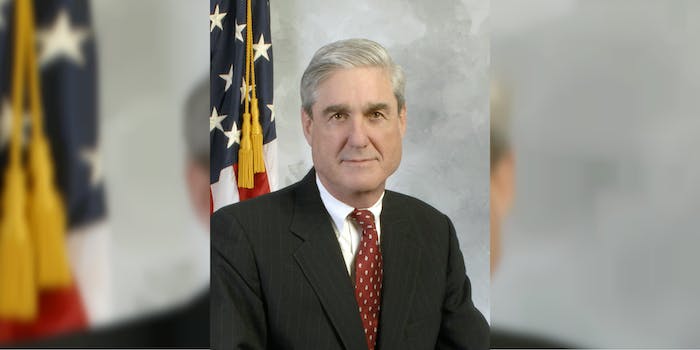 Lawmakers are cheering the decision—for their own reasons.

Under intense political pressure following a week of White House controversies, the United States Department of Justice on Wednesday appointed a special counselor to oversee a federal investigation into Russia’s attempts to influence the 2016 presidential election, according to multiple reports.

Former FBI Director Robert Mueller will now lead the probe, which includes inquiries into the Trump campaign’s ties to Russia. The appointment was reportedly made by Rod Rosenstein, the deputy attorney general.

Muller’s appointment as special counselor follows a week and a half of scandals that have plagued President Donald Trump, starting with his decision to abruptly fire FBI Director James Comey on May 9. Trump told NBC’s Lester Holt that his decision to oust Comey was partially influenced by the director’s handling of the Russia investigation.

Problems increased for Trump after the Washington Post reported on Monday that Trump shared highly classified intelligence with Russian officials during an Oval Office meeting one day after the Comey’s firing.

Political pressure shifted to outrage and dismay on Tuesday afternoon after the New York Times revealed memos Comey wrote regarding his conversations with Trump in which the president allegedly asked the former law enforcement official to end the FBI investigation into former National Security Adviser Michael Flynn. The Comey memos and his firing have since sparked calls for Trump’s impeachment.

Lawmakers on both sides of the aisle praised the DOJ’s decision to appoint a special prosecutor into the Russia probe, with Democrats clamoring for answers and Republicans eager to duck the storm swirling over 1600 Pennsylvania Avenue.

Some Democrats worried that DOJ would not provide Mueller with the necessary resources to conduct a thorough investigation.

HATCH: "I commend DOJ for bringing in an independent voice to help bring clarity to this situation." https://t.co/ROnvadcMmW #utpol

Special counsel is the right move. But will Trump, Sessions give Mueller the resources, latitude he needs? If past is prologue, watch out.

Mueller must have the resources and independence necessary to carry out a thorough investigation with integrity.

A highly respected law enforcement official across the political spectrum, Mueller served as FBI director under former Presidents George W. Bush and Barack Obama. He remained on the job two years beyond the standard 10-year term for an FBI director, at Obama’s request. He began as FBI director on Sept. 4, 2001, just days before the Sept. 11 terrorist attacks. Comey took over as Mueller’s predecessor in 2013.