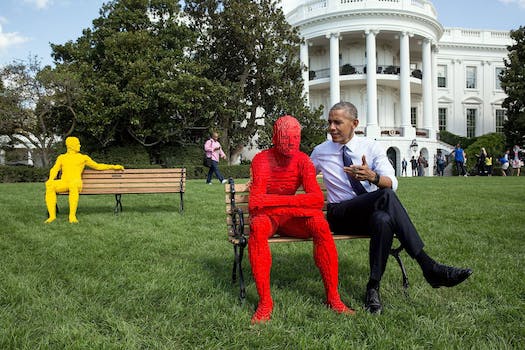 At SXSL, Obama stresses hope and urgency for the future

At South By South Lawn, the president helped bridge Silicon Valley and D.C. through music and conversation.

President Barack Obama went to South By Southwest in March with a purpose.

“The reason I’m here really is to recruit all of you,” he told the crowd in his keynote interview, mere days before First Lady Michelle Obama launched her #62MillionGirls campaign at the conference. “It’s to say to you as I’m about to leave office: How can we start coming up with new platforms, new ideas, new approaches across disciplines and across skill sets to solve some of the big problems that we’re facing today?”

On Monday afternoon, he continued that conversation with his own version of the annual event, South By South Lawn, a one-day interactive festival focused on social progress and civic engagement. The event was modeled after and produced in part by South by Southwest (SXSW), offering a series of panels, performances, and multimedia exhibits for an audience of roughly 10,000 people. 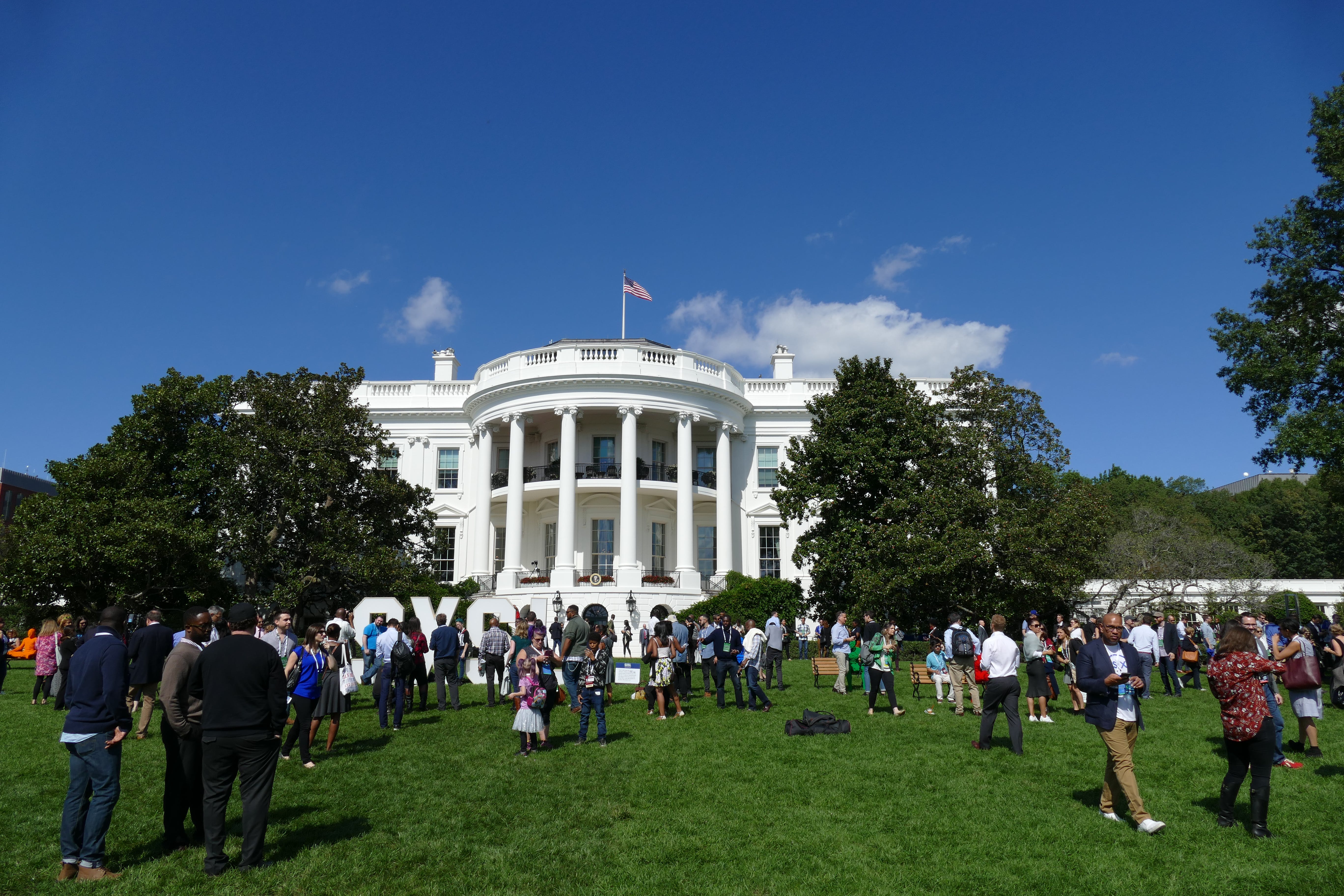 For the uninitiated, SXSW is a global convergence of media and industry. It’s where tech companies look to launch—Twitter in 2007, Foursquare in 2010—and emerging bands strive for their first major break, in between day parties full of booze and BBQ. Many have attempted to replicate its formula over the years, but most attempts fail due to a lack of infrastructure and clout.

That’s clearly not an issue for the commander-in-chief.

SXSL had no shortage of star power: The stars and co-creators of Netflix blockbuster Stranger Things introduced the three finalists from the White House’s third annual student film festival. Visionary James Turrell led an early discussion about modern art. MythBuster Adam Savage created the massive SXSL block lettering that spurred hundreds of selfies. The Lumineers headlined the all-too-brief music portion of the event. And Leonardo DiCaprio capped off his conversation with Obama and climate scientist Dr. Katharine Hayhoe with the domestic premiere of his documentary, Before the Flood. (The screening was closed to the press.) The cast of ‘Stranger Things’

SXSL’s reach extended well beyond the White House’s Snapchat geofilters, too, with a livestream on Facebook and video recaps on YouTube. Every medium, in fact, was well-represented. Twitter thought leader and entrepreneur Anil Dash moderated a panel on social advocacy, while Bethany Mota vlogged IRL, recounting her personal story from cyberbullying victim to building a YouTube empire with 12 million combined subscribers. “The beauty of what I’ve done is that I’ve been able to do it on my own … trusting myself in every decision I’ve made,” she said before introducing the Dap-Kings’ R&B revue (sans Sharon Jones). “I don’t play a character online. I’m just being myself. … By taking little risks one at a time, I’ve been able to find my personal power.”

Part block party and part science fair, SXSL played out like a West Wing field trip for the stakeholders of tomorrow.

That message—of profound change starting with personal commitment—rippled throughout the event. It was illustrated through an interactive display of Post-It notes and reiterated by Chris Redlitz, managing partner of Transmedia Capital, who stressed the importance of starting small. “It’s easier to think through problems and build trust when it happens from the onset,” he said, explaining the way his organization, the Last Mile, has successfully partnered the prison system in California to help rehabilitate inmates via coding and other technological training.

Virtual reality dominated the afternoon. People waited close to an hour to demo 6×9, the Guardian’s groundbreaking VR experience, which simulates life in solitary confinement in a U.S. prison cell while narrating the psychological effects such isolation can trigger, and for a VR tour of Yosemite, where you accompany the president on his recent family trip over Father’s Day weekend.

That’s part of what attracted people like David Yang, the founder of New York City’s Full Stack Academy, which is experimenting with VR for its first online boot camp. “I knew I would have major FOMO if I wasn’t here,” he told me. 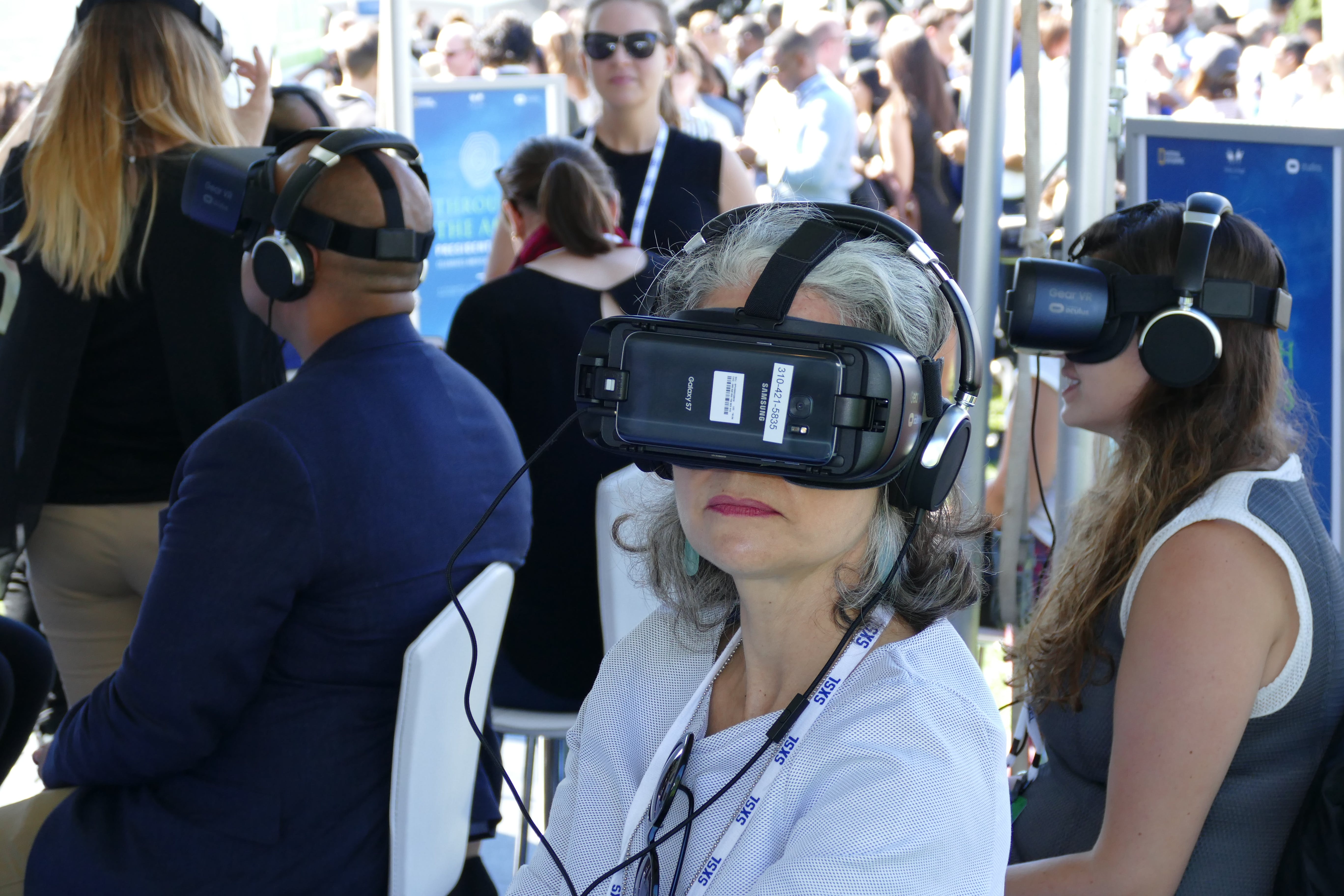 Part block party and part science fair—there were tutorials by Black Girls CODE and even a soldering station—SXSL played out like a West Wing field trip for the stakeholders of tomorrow (though for such a socially conscious event, there was a surprising lack of recycling options on site).

Between the panels and the booths, you could get a sense for the common interests where the tech industry and government can align, namely criminal justice reform, equal opportunity employment, sustainable farming, climate change, and the escalating costs of healthcare. In a panel discussion, Redlitz, Slack co-founder Stewart Butterfield, Coalition for Queens’ Jukay Hsu and EpiBone CEO Nina Tandon, and moderator Jenna Wortham of the New York Times Magazine tackled the challenges of a venture capital-based approach to social issues and about working with—not around—the government to incentive growth via tax credits, safeguard against potential missteps, and maximize impact.

“The best possible outcome that we could have is that there’s a next generation of success,” Butterfield remarked at one point, referring specifically to the company’s emphasis on hiring diversity. It was a refreshingly honest and positive conversation—even the FAA was applauded—the type that’s far too rare on the internet or in an election year.

SXSL helped cement Obama’s standing as the early adopter president: the first to tap into the power of social media and big data for his presidential campaigns, and now, in the twilight of his second term, looking for ways to foster a more meaningful collaboration between Silicon Valley and D.C., and inspire the next generation of meaningful disruption and social progress.

His interview with DiCaprio, however, revealed that he was less concerned about his legacy, at least in regards to climate change, and more about the world he’s leaving behind for his children and (eventual) grandchildren—“not soon,” he was quick to clarify. 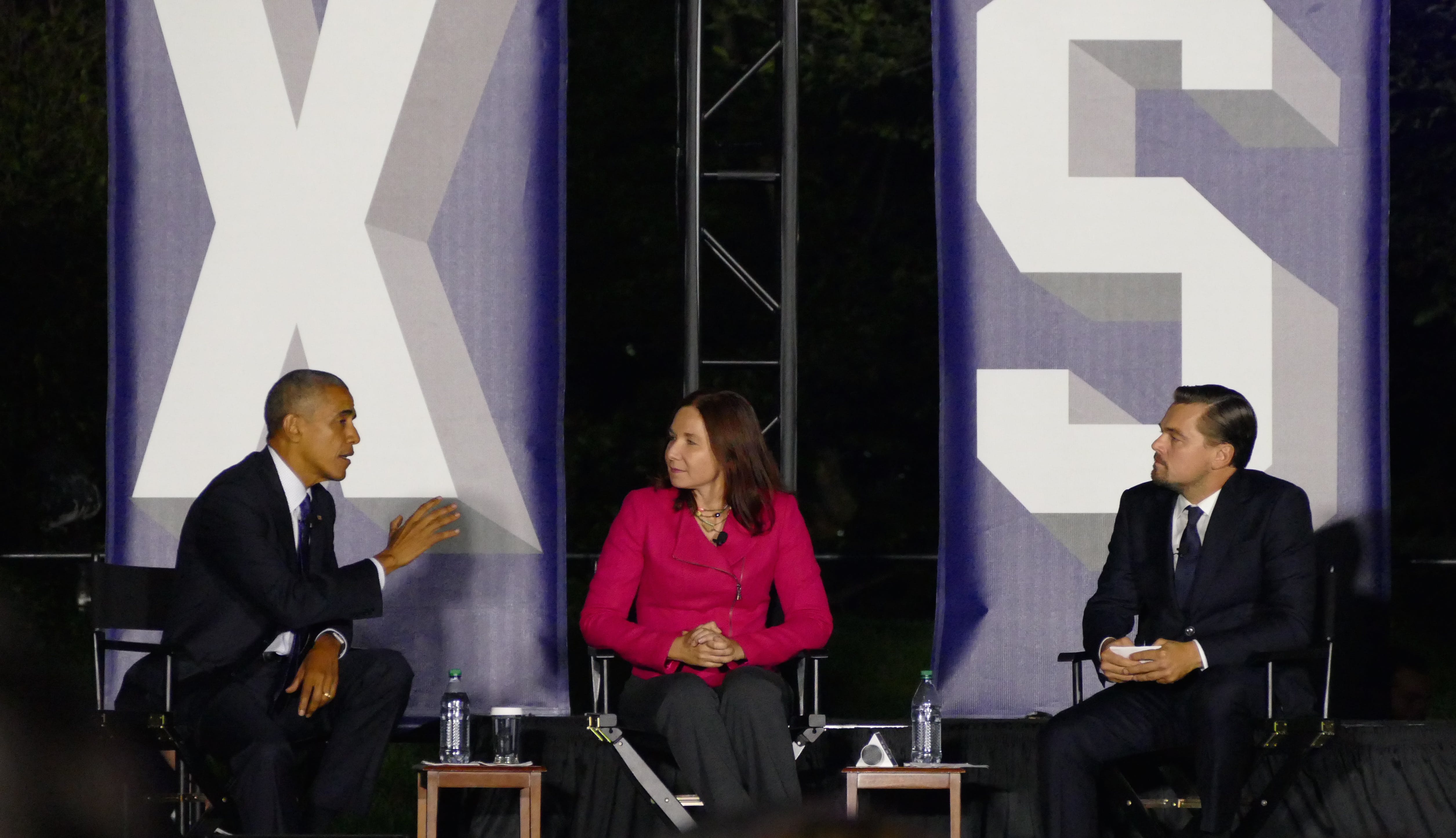 He spoke passionately about the need to address the issue of climate change and push for progress through every possible avenue. “There are so many entry points into this issue, and we need to go after all of them,” he said.

That could mean emphasizing the need for conservation (Obama has used the Antiquities Act to save more acres of land and sea than any president since Teddy Roosevelt, DiCaprio noted), or laying out a national defense argument—that not protecting our natural resources could lead to a situation like what we’ve seen in Syria, where a severe drought contributed to the onset of the country’s ongoing civil war. Or it could mean finding new ways to “harness the power and creativity of the marketplace to come up with innovation and solutions” to lessen our dependency on the oil and gas industries, such as improving battery storage technology.

But the first step is commitment: raising awareness and starting the conversation, a feat South By South Lawn more than accomplished.

“Part of what I’m hoping everyone comes away with is hope, that everyone can do something about it, but also urgency,” Obama said. “We can’t put up with climate denial or obstructionist policy if, in fact, we want to leave for the next generation beautiful days like today.”