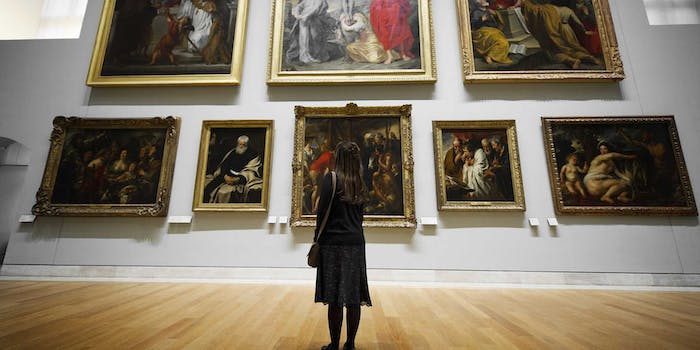 Will it be third time's a charm for high-end art house Sotheby's and its online efforts?

With hopes that time and digital commerce trends have moved in its favor, venerable auction house, Sotheby’s, is giving the online marketplace another go with a new eBay partnership with live auctions that will launch in fall 2014. The auction house believes eBay’s scale and technology prowess will allow it to reach the growing number digitally empowered customers interested in real-time commerce.

For Sotheby’s, the hope is that the third time’s the charm. Past efforts with Amazon as well as a one-year experiment in 2002 with eBay failed, but eBay’s data shows that it now closes 3,500 auctions per day whose value exceeds $5,000, and Sotheby’s recent $3.5 million online sale of an Audubon folio may portend a new window of opportunity. Add to that eBay’s 145 million user audience and a recent visual overhaul of the site’s marketplace, and perhaps this time around the partnership will prove successful. schedule

EBay and Sotheby’s will need to give this effort time to find its place in the market for mid-priced collectible artwork. The European Fine Art Foundation’s March 2014 report states that 2013 online sales of art and antiques represented only five percent of the $65.9 billion fine art market. That number is expected to rise over the next few years.

The online auction partnership is also motivated by competition from its largest competitor, Christie’s, as well as a more-than-friendly push from noted hedge fund manager and board member Daniel Loeb. In May, Christie’s announced a $20 million investment in its digital efforts along with an internal survey that revealed in 2013 there were 20 million online-only sales that brought in buyers from 185 countries, with a 19 percent year over year growth. Loeb’s board presence at Yahoo and Sony led to such changes as the dismissal of a CEO (Yahoo) and an eventual product diversification at Sony. The manager of the $14 billion Third Point, LLC hedge fund has been an outspoken critic of Sotheby’s relatively anemic recent online efforts.

For eBay, the Sotheby’s partnership will yield an undisclosed commission on each sale as well as a possible affinity role for the company’s credit card subsidiary, PayPal. EBay says the new live-auction have enhanced functionality, which will include stories behind the art, antiques and collectibles.