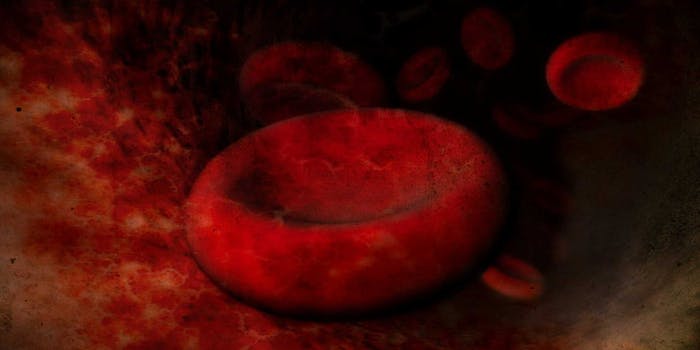 When researchers first thought of ways to identify and isolate cancer cells, they probably didn’t consider blasting them with sound. Scientists from MIT, Carnegie Mellon University, and Pennsylvania State University have done just that, and it happens to work splendidly, while at the same time protecting the cells themselves from damage.

The technique is a new method of cell sorting, which as you might imagine given the name, is the process of separating different types of cells. By isolating tumor cells from the rest of the blood stream, doctors have a better chance at accurately predicting the spread of certain types of cancer.

Using a tiny device about the size of a dime, the new sorting method exposes a stream of cells from a patient to sound waves. The acoustic forces affect the path of each type of cell slightly differently, pushing the cancer cells up and away from the white blood cells coming from the same source. Researchers claim that this system can help doctors identify exceedingly rare tumor cells circulating in an individual’s bloodstream.

Initial tests of the new technique were extremely positive, and the sound waves were able to successfully separate 71 percent of breast cancer cells from a fluid of cancer cells and white blood cells. That might not sound too impressive, but when you consider that the cells scientists are trying to detect are so rare that a drop of blood may only contain a handful of the them, it’s a fantastically accurate tool.

The existing methods for sorting cells, including the use of chemicals or physical sorting techniques, are potentially harmful to the cells themselves, which is far from ideal. Using sound waves to sort the cells keeps them intact and makes them easier to study, and the researchers who devised the method say it’s both safe and effective.

In fact, it’s such a revolutionary invention in the world of cancer detection that the researchers have filed for a patent, which could lead to a marketable device that will better the lives of patients and the ease with which doctors can detect the spread of cancers.